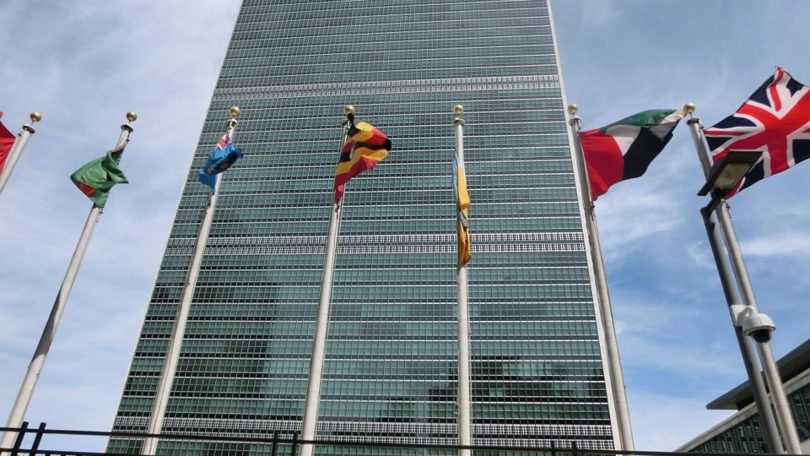 The United States has reimposed United Nations sanctions on Iran, in addition to imposing “new sanctions and export control measures on 27 entities and individuals connected to Iran’s proliferation networks,” according to a statement released by the White House on Monday.

U.S. Secretary of State Mike Pompeo called the reimposition a step towards “international peace and security.”

The move to enact snapback came after the Security Council failed to pass a resolution last month to extend indefinitely the arms embargo on Iran. The reimposition of snapback sanctions included extending the U.N. arms embargo as such.

“The United States expects all U.N. member-states to fully comply with their obligations to implement these measures,” said Pompeo. “In addition to the arms embargo, this includes restrictions such as the ban on Iran engaging in enrichment and reprocessing-related activities, the prohibition on ballistic-missile testing and development by Iran, and sanctions on the transfer of nuclear- and missile-related technologies to Iran, among others.”

If member-states do not comply and “fail to fulfill their obligations to implement these sanctions,” he continued, the United States “is prepared to use our domestic authorities to impose consequences for those failures and ensure that Iran does not reap the benefits of U.N.-prohibited activity.”

America withdrew from the 2015 accord in May 2018, reimposing sanctions lifted under it and enacting new penalties against the regime.

In a virtual event hosted on Monday by the Council on Foreign Relations, Iranian Foreign Minister Mohammad Javad Zarif said the United States “had hoped that these sanctions would bring our population to our knees. It didn’t. … They are taking retribution, not against us, but against the rest of the world … this is the type of global democracy that the U.S. believes.”

“The reimposition of U.N. sanctions constitutes a critical step towards ensuring international peace and security. In recent years, Iran has proven itself to be the world’s leading sponsor of terrorism and anti-Semitism. Iran never renounced its nuclear ambitions or malign activity,” wrote Erdan. “Rather, the 2015 Iran deal brought Iran nearly five years closer to the expiration of restrictions on its uranium enrichment program and reprocessing-related activities.”

He called on Turtle Bay to apply maximum pressure and take swift action to stop Iran in its tracks. It must ensure, inter alia, that the newly reimposed sanctions are upheld and enforced. Only then will the world be steps closer to a more peaceful and secure future.”

The reimposition of all U.N. sanctions on Iran came ahead of the Trump administration issuing an executive order on Monday that allows the United States to sanction anyone who sells arms to Iran in violation of the U.N. arms embargo.