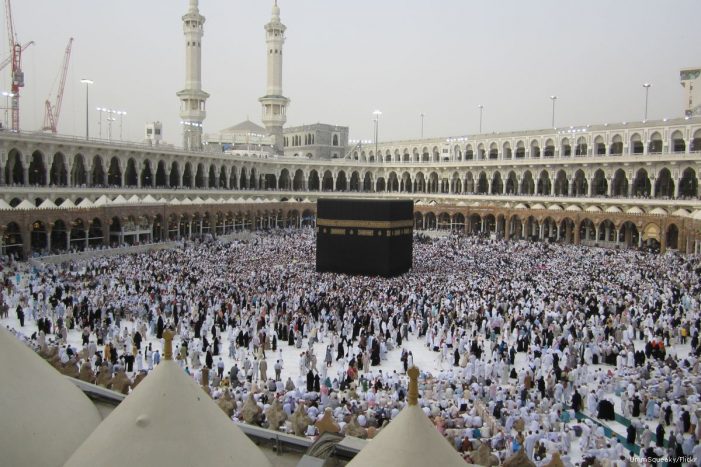 Saudi Arabia will allow the Muslim minor pilgrimage, the Umrah, to gradually resume starting in October, around seven months after it was halted due to the coronavirus pandemic.

On Oct. 4, Saudis and foreign residents in the kingdom will be able to perform the Umrah, an Interior Ministry source said in a statement published by the Saudi Press Agency.

Only 6,000 pilgrims per day will be allowed to perform the Umrah at the Grand Mosque in Mecca while ensuring social distancing measures are followed.

Prayers at the Prophet’s Mosque in the city of Medina will also resume then.

According to official statistics, more than 19 million pilgrims performed the Umrah in 2019.

Starting November, 60,000 worshippers in total will be allowed to pray at the two mosques per day.

This remains below the usual capacity of the mosques.

The reduced capacity will remain in place until authorities decide that the dangers of the pandemic have passed, the statement added.

In March, Saudi Arabia halted the Umrah, which can be undertaken at any time during the year, as part of measures it imposed amid the spread of the novel coronavirus.

Pilgrims will be asked to wear a face mask and maintain a physical distance from one other.

The Ministry of Hajj and Umrah is developing a mobile at will be available one week before the Umrah resumes, so that pilgrims can register and book on it.

They will also need to follow the pplication thaguidelines provided there.

In July, the kingdom allowed limited number of residents to perform the annual main Hajj pilgrimage.

The official said all restrictions imposed on Saudis’ departure and return to the homeland would be completely lifted as of Jan. 1.