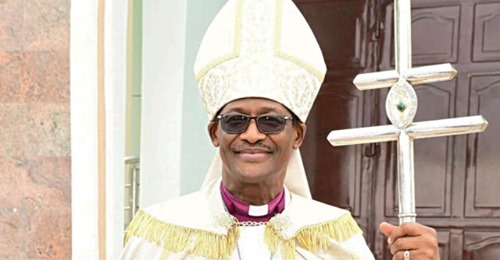 The Primate, Church of Nigeria, Most Rev. Henry Ndukuba, on Wednesday called on the Federal Government to urgently come up with programmes to cushion the effects of the hike in petrol prices and electricity tariff on citizens.

Ndukuba, who made the call at the 13th General Synod of the Church in Abuja, stressed that the hike would worsen the economic hardship on Nigerians and increase the poverty level in the country.

While lamenting the negative effects of COVID-19 on the citizenry, Ndukuba expressed regret that most of the small and medium scale enterprises had collapsed and many more Nigerians had lost their jobs.

On national security, the Anglican Primate stressed the need for government to accord priority to community policing and support regional security organisations to strengthen security architecture at the local levels.

Ndukuba, however, appealed to the Church not to allow the current challenges in the country to affect the spread of the gospel and the love for the country.

Not fewer than 165 Anglican Bishops and over 500 delegates across the country, are attending the synod which has the theme “Priority of God”.

In another development, the Host Communities of Nigeria Oil and Gas Producing Communities (HOSCoS) on Tuesday appealed to the  Federal Government to remit 13 per cent oil derivation fund to oil-producing communities.

Dr Mike Emuh, National Chairman, HOSCoN, made the appeal when the team visited the Office of the Senior Special Assistant to the President on Niger Delta Affairs Sen. Ita Enang on Wednesday in Abuja.

Emuh said that the 13 per cent oil and gas derivation fund if given, would enhance development in the oil-producing communities in the Niger Delta region.

According to him, the 1999 Nigerian Constitution as amended, made it mandatory for the President to give 13 per cent oil and gas derivation fund to oil-producing communities.

“It is too bad that we are neglected, our women, children and the entire host communities are suffering.

“Let the owners of the money manage the money, God gave us this wealth, we should manage it to our own benefit.

“However, a lot has been given to Niger Delta and our children are suffering in terms of industrialisation, scholarship, development and Agriculture among other things,” he reiterated.

He said that the state governors of the oil-producing communities should understand with the communities’ leaders and give them their rights.

“They should give what belong to the host communities to them, and things will be done accordingly, the state governors should reason with us,” he said.

He noted that leaders of the host communities will work in collaboration with the traditional rulers to identify areas of need in their various communities.

“For instance, NDDC will develop a project without the knowledge of the owners of the project.

Responding, Enang assured the team that the president would do justice to their plea.

He said “the President gives listening ear to all group of people and will do the needful to ensure peace and equal development in the Niger Delta region.

“So, I want to assure you that I will pass the message to him.

“I’m also aware that in 2018, you made a presentation, which you said that money should be paid directly to the host communities through a special purpose vehicle.

“And I know on that communication you requested that a National Council on Derivation should be set up to manage the derivation funds for the purpose of developing the host communities producing either oil, gas, gold and any solid mineral.

“I have also read to an extent,  the provision in the Nigerian 1999 Constitution, which says that the President upon receipt of the advice from Revenue Mobilisation Allocation and Fiscal Commission (RMAFC) shall table before the National Assembly, proposals for revenue allocation from the federation account.

“And in determining the formulae, the national assembly shall take into account, the allocation principles, especially those of population, equality of states, internal revenue generation, landmass, terrain as well as population density.

“Provided that the principle of derivation shall be constantly reflected in any approved formulae as not being less than 13 per cent of the revenue accruing to the federation account directly from any natural resources,’’ he said.

He noted that the emphasis was on accrual to the federation account from any natural resources.

“Therefore it will be inappropriate for the state governors to take the derivation fund and apply it only for either building new governors lodge or increasing the convoy of their vehicles.

“As well as doing other things that make the people of oil-producing communities angry then leading to the destruction of oil production.

“I know that we have worked on this matter in the national assembly and it did not see the light of the day because there was no strong advocacy.

“And we did not know that the state governments were not applying for the money properly for the development of the oil-producing communities.

“I also heard the Chairman of revenue mobilisation saying that the 13 per cent oil derivation was exclusive for host communities.

Enang, therefore, aligned with the team that the oil derivation funds should be given to the oil-producing communities for their development through a special purpose vehicle and not to the state governors.