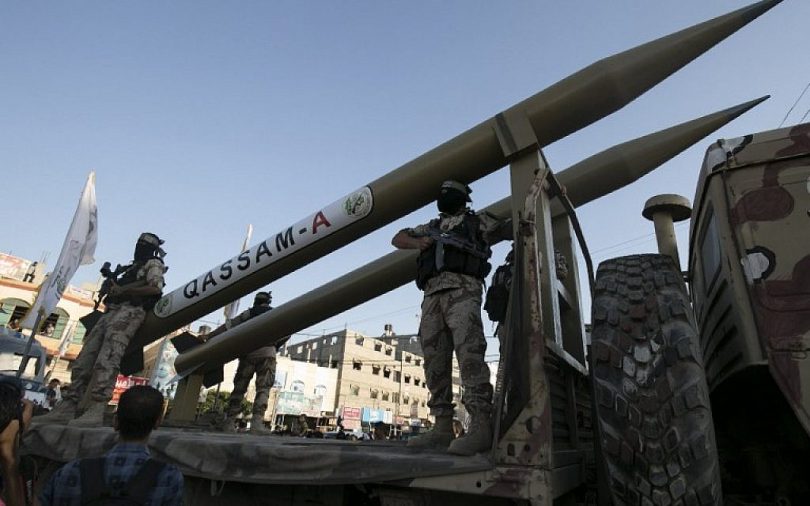 The report documents how the Hamas military wing, the Izz ad-Din al-Qassam Brigades, has reclaimed unexploded Israeli munitions from “Operation Protective Edge” in 2014, as well as metal water pipes left behind by Israel when it unilaterally withdrew from Gaza in 2005. The terrorist group has also salvaged cannon shells from the wrecks of British warships that sank off the Gaza coast during World War I.

The documentary features interviews with commanders of Izz ad-Din al-Qassam’s Military Production Units, Engineering Corps, Artillery Corps and Frogmen Unit, who describe the process of reclaiming these munitions and turning them into functional missiles.

The report also shows exclusive footage of this process, including footage of divers retrieving underwater shells, of metals being processed, of explosives being prepared and missiles being tested.

Furthermore, the reporter and the interviewees explain that Iran has been shipping Kornet anti-tank missiles and Fajr missiles to Gaza by land and by sea.

Abu Ibrahim, commander of the Military Productions Unit, said Hamas has hundreds of warheads, dozens of tons of explosives and propellants and enough metal water pipes to produce thousands of rockets.