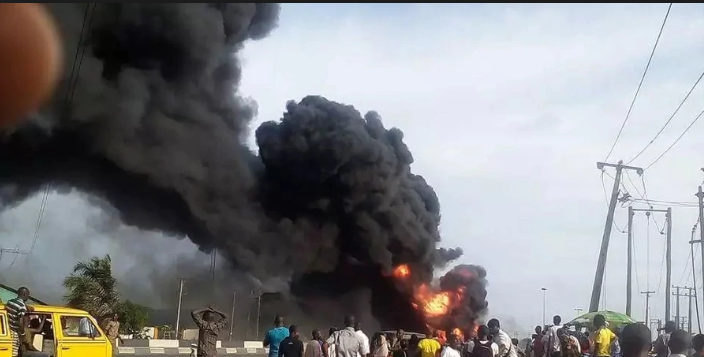 Some Traders of the plank section of the boundary market, at the Ajegunle area of Lagos, were still counting their losses as fire gutted parts of the market.

The Lagos State Emergency Management Agency (LASEMA) confirmed that some shops were gutted by fire late Friday night at the plank section of the market.

Mr Nosa Okunbor, Head, Public Affairs, LASEMA said that the cause of the fire remained unknown.

Okunbor said that the fire was combated head-on by firefighters from the LASEMA Response Unit (LRU) and the Federal Fire Services.

He noted that the combined efforts of responders mentioned above led to the complete extinguishing of the fire.