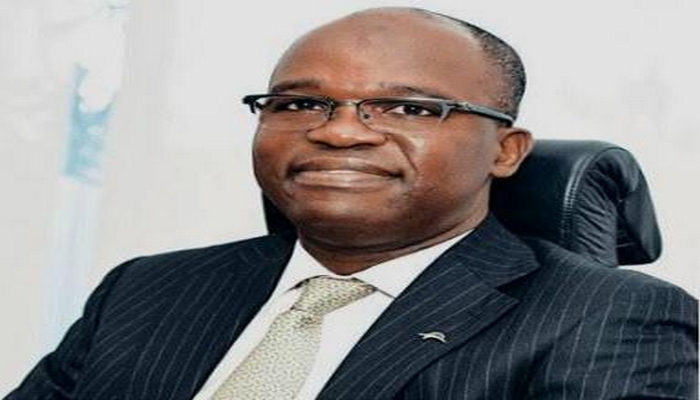 A former Managing Director, Polaris Bank, Mr Tokunbo Abiru, says the defunct Skye Bank could have claimed eight thousands jobs and one trillion naira customers’ funds, if not rescued when in distressed.

Abiru, the APC candidate for the Oct. 31 Lagos East Senatorial bye-election, made the revelations on Friday at a campaign meeting with party stakeholders, community leaders and residents in Ikorodu.

He said the Federal Government took over the bank in view of its precarious financial situation and changed it to Polaris Bank.

According to him, before I retired at the Polaris Bank as the Chief Executive Officer, we had stabilised the bank and returned it to path of profitability.

“Skye Bank was rescued and changed to Polaris Bank. With the change, and what we were able to do, the bank is now stronger.

“We were able to save no fewer than eight thousands jobs, and by extension, protect the livelihoods of about 40,000 families.

“We kept our four million customers and saved the deposits of about one trillion naira that could have been lost.

“We did our best; if elected, I will make the same impact and even, do more for the people of the Lagos East Senatorial District,” Abiru said.

The APC standard-bearer said that he was made the chief executive officer with a mandate to turn the bank around.

He said with focus, dedication and support of his team, he was able to stabilise Polaris Bank before he retired in August.

Abiru promised that if elected, he would replicate his interventionist strides and bring to bear his over 30 years of experience in the banking sector in the Senate.

“I want to thank you all, party members, for your support and for choosing me as a candidate of the party. I thank you, and I assure you that I will deliver if elected.

“I will bring the competence acquired in the banking sector for about 30 years to serve the people in Senate,” the APC candidate promised.

Abiru said he would continue with the legacies of those who had represented the senatorial district by offering quality representation.

Abiru said he would work with other National Assembly members to attract more development to the Lagos East and the state as a whole.

He said that securing special status for Lagos in view of the pressure on the state as a former Federal Capital would be one of his priorities at the Senate.

The standard-bearer also called on residents to come out en masse on Oct. 31 and vote for him and APC for more dividends of democracy in the senatorial district and the state.

Olusanya urged the party members and residents to vote overwhelmingly for Abiru to ensure his emphatic victory.

He decried the decreasing votes for APC over the years, urging residents to go all out and prove that they were for APC on Oct. 31.

“Our votes have been decreasing, though, we have been winning, we have to prove this time that the only party in the state is APC.

“Ipakodo Community alone can give us 45, 000. I appeal to you, party members and residents, to give us more this time.