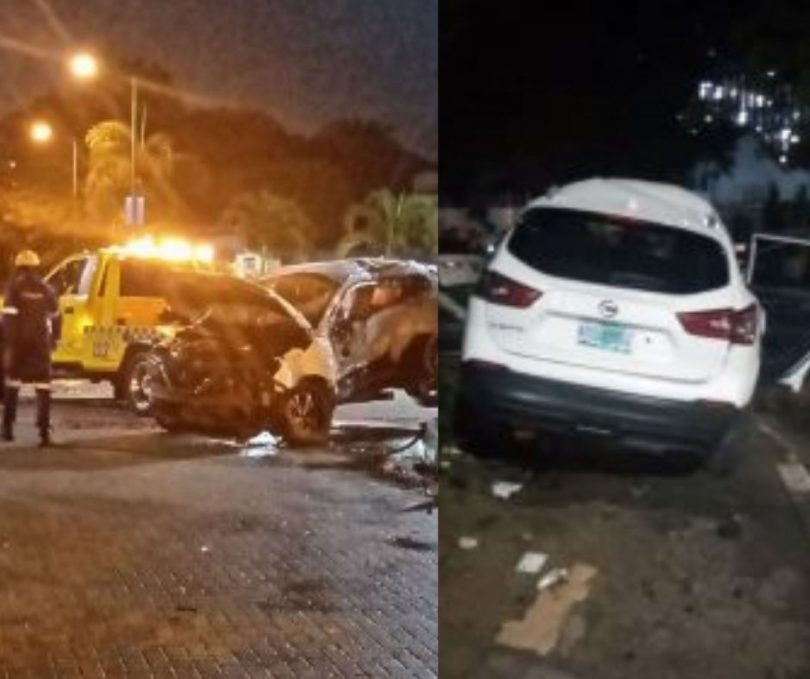 One person died and three others sustained different degrees of injuries on Sunday following an accident involving two vehicles in front of Golden Gate, Ikoyi.

Mr Nosa Okunbor, Head, Public Affairs, Lagos State Emergency Management Agency (LASEMA) confirmed this in Lagos, noting that the accident was a result of over-speeding by the drivers.

“The vehicles ran into each other at the intersection of the road!” Okunbor stated, adding further that the crash involved an unregistered Ford Ranger SUV, and a Nissan SUV with registration number KD 499 GE.

“They had a head-on collision at the traffic stop junction of the road, our investigation shows that both vehicles were on top speed.

“One person, a man, died while three others sustained various degrees of injuries,” the LASEMA official said.

Okunbor said that two of the injured persons were attended to by the LASEMA’s paramedics before they were taken to the hospital.

He said that the affected vehicles had been moved to a police station.