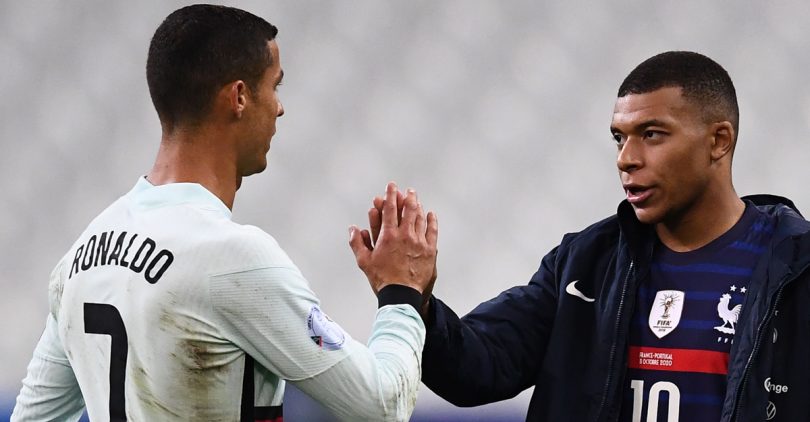 France drew 0-0 at home against Portugal on Sunday in a UEFA Nations League match in a cagey clash between the world and European champions which largely failed to live up to its billing.

The teams could only manage one shot on target in the first half, a hopeful attempt by Antoine Griezmann from the tightest of angles which stung the hands of keeper Rui Patricio.

Cristiano Ronaldo came closest to scoring when he fired a left-footed strike at goal in added time but his deflected shot was well saved by France goalkeeper, Hugo Lloris.

Ronaldo also vented his frustration at teammate, Joao Felix, after the forward skewed wide after collecting a cross which Ronaldo was waiting to turn into the net. (Reuters/

In related development, Ireland hung on for a gritty 0-0 draw at home to Wales in their UEFA Nations League B Group 4 game in Dublin on Sunday, and Erling Haaland hit a superb hat-trick as Norway hammered Romania 4-0 in Oslo in Group 1.

The Irish had to overcome the loss of seven players to COVID-19 precautions as forwards Adam Idah and Aaron Connolly were already excluded, and an unnamed player who tested positive for the virus and four more who were deemed to be close contacts were also stood down.

With the sides evenly matched, Ireland’s Shane Long and Daryl Hogan had the best of the chances in the second half.

However, a red card for winger James McClean seven minutes from time hampered the home side further and the game finished in a draw.

The result left Wales top of Group 4 on seven points after three games, one ahead of Finland, who comfortably beat Bulgaria 2-0 in Helsinki.

Ireland are third on two points, with Bulgaria bottom with one point.

In the other early-evening League B game, playmaker Martin Odegaard set up Erling Haaland for two of his three goals as Norway thumped Romania 4-0 in Oslo to go top of Group 1 on six points, two ahead of the Romanians.

The other teams in League B are in action later on Sunday.