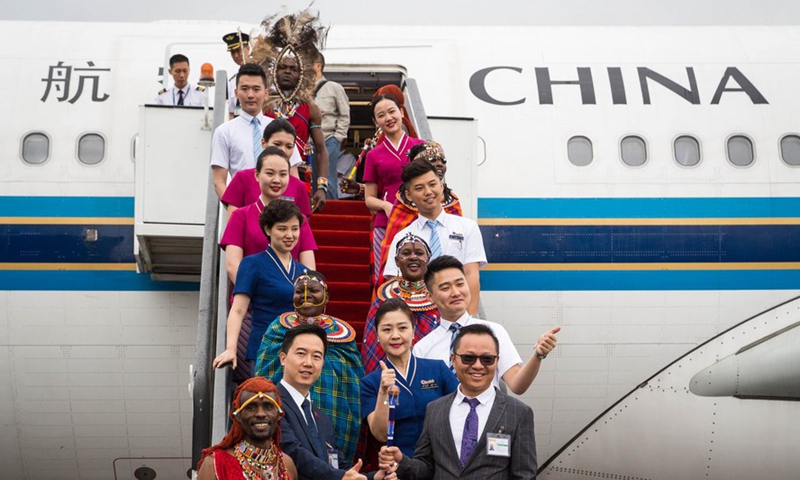 …As Turkish Police seize 420kg of drugs at Istanbul airport***

Regular passenger air service between Changsha, capital of central China’s Hunan Province, and Nairobi, Kenya’s capital, resumed after an eight-month hiatus due to the outbreak of the novel coronavirus.

“We’ve been looking forward to the resumption of the flight as our company has investment in Kenya,’’ said Qin Qun, a passenger on board the flight.

The air service, operated by an A330 aircraft, is scheduled to carry out one round-trip flight a week.

Passengers are required to wear masks on the plane and display necessary health records before boarding.

This route will further promote economic and trade cooperation between China and Africa.

In the first half of this year, Hunan’s trade volume with Africa rose 10.4 per cent year on year to 1.83 billion U.S. dollars.

During a series of operations, the units seized a Khat-type drug in six bags which belonged to two travellers.

These bags were detected inside a vehicle at the parking zone of the airport, the Demiroren news agency said.

The Police also found a remarkable amount of Khat inside a package declared as a textile item coming from Nigeria to be sent to the United States via Istanbul.

At a separate operation, the Police caught six kilogrammes of cocaine inside a suitcase of a passenger, who was checked by an x-ray device and narcotic detector dog.

A total of nine suspects have been detained in operations, according to Demiroren.