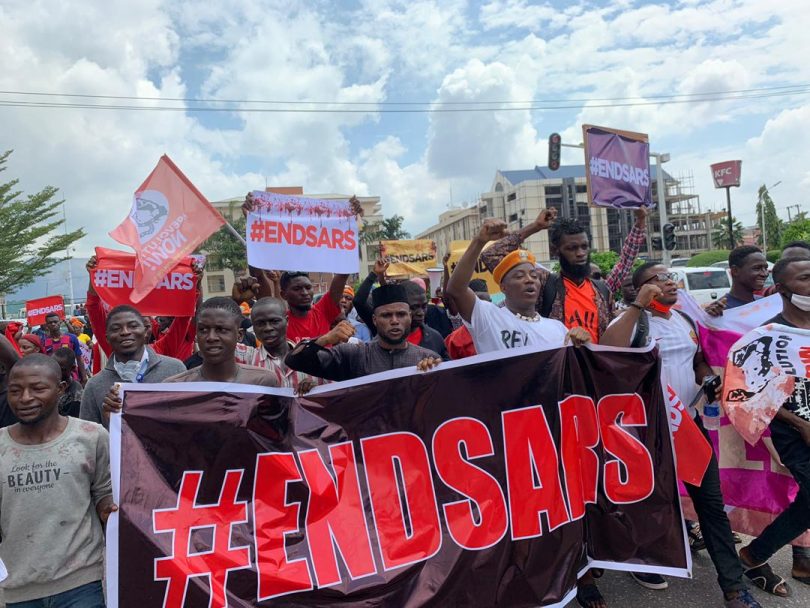 The Peoples Democratic Party (PDP), Lagos State Chapter, has charged Gov. Babajde Sanwo-Olu to fish out all the attackers of the #ENDSARS protesters in the state.

The Lagos PDP, in a statement on Thursday by its Spokesman, Taofik Gani, urged Sanwo-Olu to ensure no such attack occurs anymore.

” The governor should come out as a sincere chief security officer of the state to prove that he really guards the security of lives and property in the state,” the PDP said.

According to him, such a task is to ensure the security of all peaceful protesters in the state.

He urged Sanwo-Olu to truly show that he was passionate about the welfare, wellbeing and tranquility of the state.

The newsmen recalled that hoodlums on Wednesday attacked protesters on a peaceful protest at the Lagos end of Ibadan expressway.

The hoodlums launched the attack which turned violent and left several of the protesters scampering for safety.