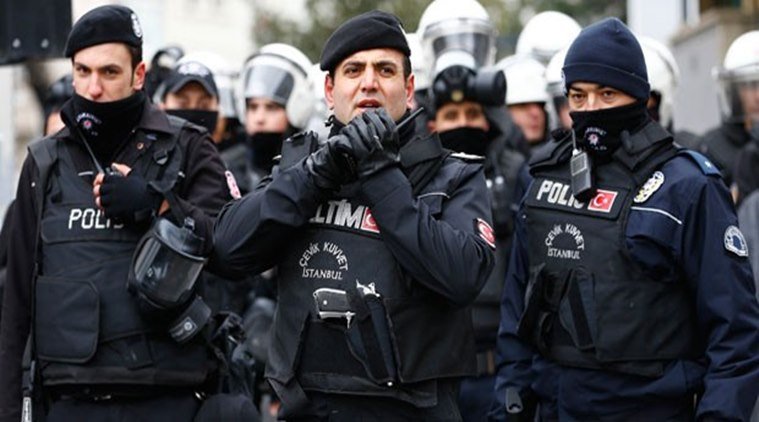 Turkish police detained 14 people in Istanbul over their suspected links to the Islamic State (IS) militant group, local media reported on Friday.

The Police had launched simultaneous operations in 17 locations across Turkey’s largest city to capture the suspects, believed to have financially supported the IS, the state-run Anadolu Agency said.

It added that those targeted in the operations were recruiting personnel for the group.

Several fake passports, digital materials, and cash were seized in the raids.

The IS was blamed for a spate of deadly attacks over the years in Turkey, in which more than 300 people were killed.

In the meantime, thousands of political workers arrived in the Pakistani city of Gujranwala on Friday to kick-start an opposition effort to topple the government of Prime Minister Imran Khan.

The Pakistan Democratic Movement (PDM) – a broad alliance of 11 parties hostile to Khan and the generals backing his two-year-old administration – is holding their first rally in Gujranwala, the political bastion of former Prime Minister Nawaz Sharif.

After piling pressure on Khan with series of rallies across the country in the coming months, the parties plan to launch what its leaders describe as a decisive march on the capital Islamabad early 2021.

Such political alliances have been a force in throwing out Pakistani military rulers in the past.

Sharif, who is in London as he faces sedition charges in Pakistan for speaking about military’s interference in political affairs, is scheduled to address the Gujranwala rally in the evening.

Workers from his party have already arrived at the venue, a cricket stadium.

The rally takes place amid warnings of a second wave of coronavirus infections. Pakistan recorded its highest national positivity rate – 2.37 per cent – in 50 days on Thursday.

Meanwhile, there were signs the government was attempting to thwart the rally. “They have blocked roads with shipping containers at 31 points and it seems the city is under siege,” former Foreign Minister Khurram Dastgir said.

At least 6,000 police officers have been deployed for security at the rally, Mohammad Imran, a spokesperson for Gujranwala police said.

Pakistan, one of the few democracies in the Muslim world and nuclear power, has been ruled by generals for almost half of its existence, periodically breaking democratic runs.

Prime Minister Khan came to power in 2018 in controversial elections marred by the allegations of rigging by the military.

Xinhua with additional reports from dpa