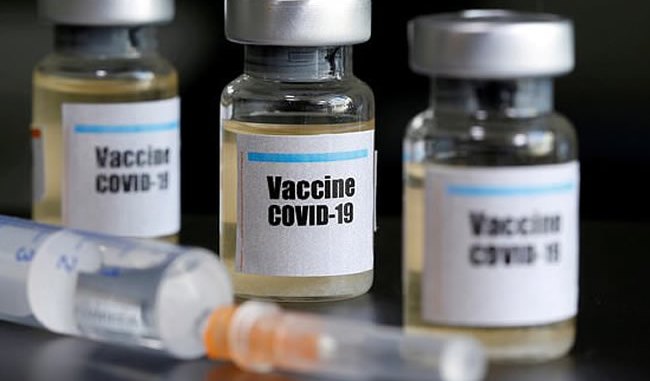 …As WHO trial finds ‘Remdesivir’ has little effect on COVID-19***

Emirati Foreign Minister Abdullah bin Zayed has been vaccinated against COVID-19, one month after the United Arab Emirates (UAE) approved the emergency use of a vaccine developed by a Chinese company for front-line workers.

Sharing the news on Twitter on Friday, Abdullah posted a picture of himself giving a thumbs-up while what appears to be a health-care worker gives him the injection.

“Vaccination against coronavirus is our way to return to normal life,” the minister wrote, along with a hashtag in Arabic, reading “vaccinated”.

Abdullah, who is also the brother of the country’s Crown Prince Mohammed bin Zayed, is the latest Emirati official to receive the vaccine in the past months.

Health Minister Abdel-Rahman al-Owais was vaccinated in September shortly after he said the government had authorised the emergency use of the vaccine to those who are most exposed to COVID-19 patients.

The UAE has been carrying out phase III clinical trials of a vaccine developed by Chinese pharmaceutical company Sinopham since July.

Other UAE officials have also received the vaccine, including the crown prince’s son, Khalid.

Officials at the foreign ministry and workers at Sharjah airport have also received the vaccine.

The health ministry said in September that around 31,000 people had volunteered to take part in the trials, adding that no serious side effects had been recorded so far.

The UAE has recorded more than 110,000 coronavirus cases.

In the meantime, the World Health Organisation (WHO) on Friday dashed hopes that the Ebola drug ‘Remdesivir’ and three other existing medications could be useful tools against COVID-19.

Trials with four drugs conducted among 11,000 patients in 30 countries “appeared to have little or no effect’’ on survival and on the progression of the disease among hospitalised patients, the WHO said in Geneva.

The European Union had placed its bets on Remdesivir. The European Commission announced a contract this month to secure additional supplies of the antiviral drug for up to 500,000 patients.

Despite questions about its effectiveness, Remdesivir was the first drug to receive EU approval to treat severe cases of the disease caused by the novel coronavirus.

U.S President Donald Trump has received Remdesivir as well as the anti-inflammatory medication dexamethasone and other drugs following his recent novel coronavirus infection, according to his doctors.

Although ‘Dexamethasone’ was not included in the WHO trials, it was shown to reduce mortality among hospitalized COVID-19 patients in a British study.