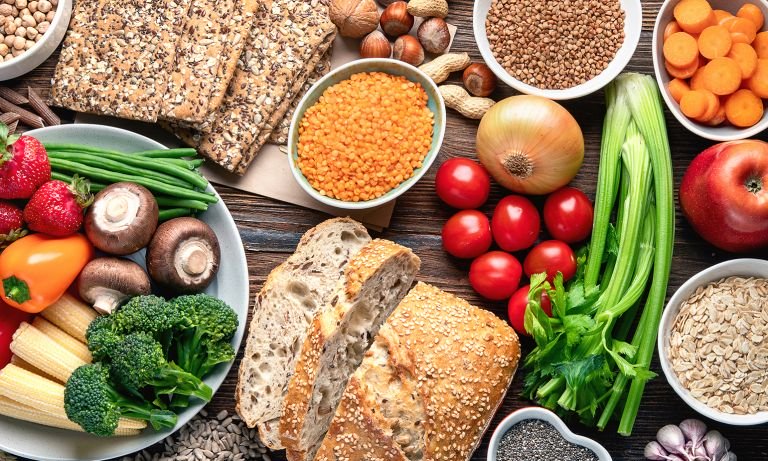 …As Nutritionist calls for balanced diet for Nigerian children***

The Poultry Association of Nigeria (PAN) says there is need for the country to adopt modern technology in food production to ensure food security and sufficiency in the country.

Mr Ezekiel Mam, the President of PAN spoke on Friday in an interview with the newsmen in commemoration of World Food Day celebrated on October 16.

The 2020 theme of the celebration is “Grow, Nourish and Sustain, Together, Our actions are our future”.

Mam said adoption of modern technology in crop production will increase the yield per hectare and produce quality seeds but added that it is capital intensive.

He advised that government should have policies that will attract investors and young people to agriculture while describing the theme for the year as apt due to the current situation of the country.

According to Mam, any country that cannot grow and sustain its populace with nourishing food has great challenges of development.

He said the Federal Government in its policies and action shows its willingness to promote food security but resources committed to agriculture do not correlate to what is claimed.

Mam said most developing and developed economies that are committed to food security and self-sufficiency in agricultural production do subsidise the agricultural sector.

“The budgetary allocation to agriculture is too inadequate to make meaningful positive change in the food security situation.

“The paltry allocation of N110 billion only in the 2021 budget can hardly make any meaningful change to our economy.

“With the population of about 200 million people and 65 per cent of the population involved in one form of agriculture or the other, the allocation is too meager to effect any positive change,’’ he said.

Mam said that World Food Day was launched in 1945 and the day was created to celebrate the UN Food and Agriculture Organization.

He explained that the Day’s commemoration promotes world-wide awareness and action for those suffering from hunger and the need to ensure food and nutrition security for all.

In the meantime, a Nutritionist, Mrs Henrietta Ugwu, has urged Nigerian parents to always give adequate balanced diet to children for the nourishment of their bodies and to prevent stunted growth.

Ugwu, the Nutrition Officer of Enugu State Primary Healthcare Agency, gave the advice while speaking with newsmen during the commemoration of World Food Day on Friday in Enugu.

She said that to avoid stunted growth in children, nutrition security should not be neglected but be put into consideration just as food security in the country.

Ugwu said that pregnant women should feed properly with all the necessary nutrients required for the nourishment of their children as it will enable them to grow properly during breastfeeding.

She said that a woman is expected to start breastfeeding her child an hour after delivery and should observe six months exclusive breastfeeding for the nourishment of the baby.

“A child without required adequate food nutrients will be malnourished and this will definitely affect his or her growth,” Ugwu said.

The theme of 2020 World Food Day is “Grow, nourish, sustain together. Our actions are our future”.