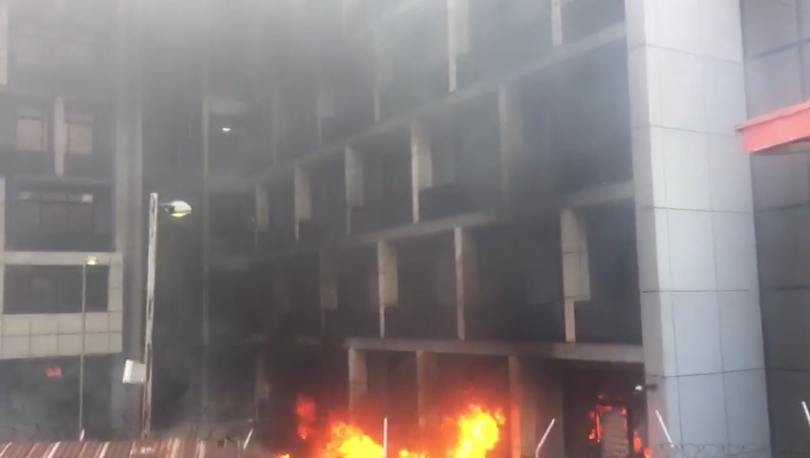 There were fears that protesters mourning the alleged brutal killing of their colleagues on Wednesday visited the corporate headquarters of the Nigerian Ports Authority in Marina Lagos, and reportedly left it in flames.

An industry watcher instantly called for serious prayers for Nigeria, stressing that the backlash from Tuesday’s alleged Lekki killing might be gradually equating the original action.

Both the details of the fire incident were still unknown even as the actual cause of the fire can not be determined by now.

Also, the extent of damage done by the fire to the six-storey building as at the time of filing this report is yet to be known.

It is feared that the fire might have something to do with the current crisis and the said deployment of security forces to stop protesters which led to yesterday’s killing of a number of youths in Lagos.