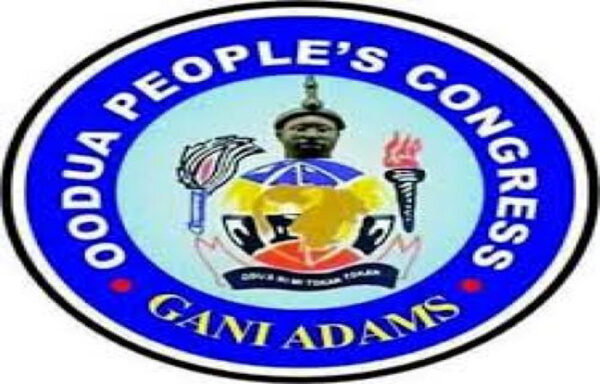 The Oodua Peoples Congress (OPC) has cautioned hoodlums and miscreants, engaging in looting, destruction and razing of public property under the disguise of #EndSARS protest not to turn the South-West into war theatres.

The OPC on Thursday in Lagos expressed concern on the situation leading to the alleged death of some of the defenceless #EndSARS protesters at Lekki Toll Plaza on Tuesday evening.

Oguntimehin described the alleged killing of protesters by soldiers as barbaric and an attempt to cow the people from expressing their views against the government.

He, however, condemned the activities of some hoodlums that had used the peaceful protest to destroy public utilities and properties.

“It was obvious that some enemies of the people of South-West have decided to use the peaceful protests to unleash terror in the region. How could a peaceful protest turn bloody overnight?

“We have never had it so bad like this in this country, except during the military government of the late Sanni Abacha that Nigeria was thrown into this kind of terror and killings.

“Those that were killed in the course of this peaceful protest still remain our heroes even in death,” OPC said in a statement by its Publicity Secretary, Mr Yinka Oguntimehin, a legal practitioner.

According to Oguntimehin, the Federal Government should have acted on the legitimate demands of the protesters in time so as not to make the issue escalate into violence and destruction of property by irate youths.

“From the reports available, it is obvious that those that engaged in looting and destruction of public protesters have sinister motives that are capable of soiling the image of the genuine protesters.

“But it must be said, once again, that the Federal Government must desist from making an attempt to test the will of the people that have resolved to put their lives on the line for a better change.

“Such an attempt will be too bad for a government that rode to power on the trust of the people, especially from the Southwest,” he said.

The OPC publicity secretary while commiserating with the families of the fallen heroes, saluted the courage of the genuine Nigerian youths for raising their voices against police brutality resulting from bad governance.

He added: “We need to appreciate the courage and consistency of Nigerian youths who have demonstrated the need for the complete reform of the ailing system.

“It is historic that the youths have risen to the occasion by raising their voices against bad government using the prolonged protests to put the government on its toes.”

According to him, the Aare Ona Kakanfo of Yorubaland, Chief Gani Adams, had twice within the week, urged the protesters to be peaceful, advising the Federal Government not to use the army to quell the protesters.

Oguntimehin alleged that the Federal Government ignored the counsel of Adams not to use force to quell the agitations because of the possibility of violence such could bring.

The newsmen report that the #EndSARS protests in Lagos took another dimension on Tuesday evening when soldiers allegedly shot protesters defying curfew at Lekki Toll Gate.

The development escalated violence in Lagos on Wednesday when the aggrieved youths began massive destruction and razing of public and private facilities and vehicles, including the invasion of the Palace of Oba Rilwanu Akiolu, the Oba of Lagos.