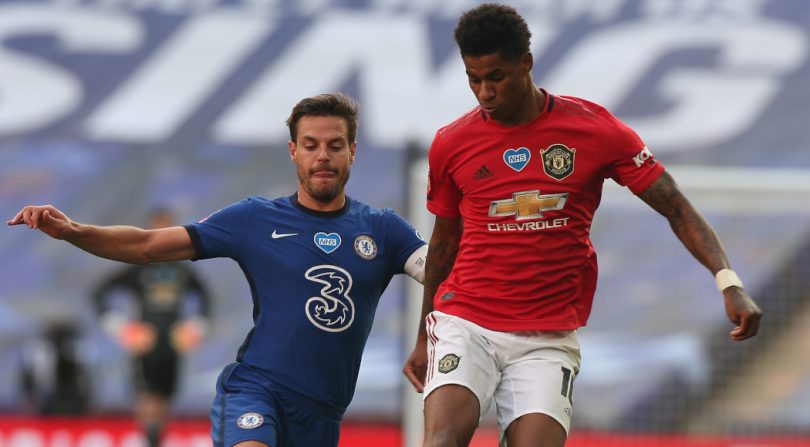 Manchester United will approach Saturday’s home English Premier League (EPL) clash with Chelsea in a buoyant mood rather than in trepidation.

This is after a week which has gone some way to banishing the gloom that was descending on Old Trafford.

After going into this month’s international break with a 6-1 home defeat by Tottenham Hotspur, they have emerged from it with a couple of victories which have kick-started their campaign.

Last weekend’s 4-1 win at Newcastle United was followed by a 2-1 victory away to Paris St-Germain (PSG) in the UEFA Champions League.

For now, at least, the critics have been silenced.

Chelsea’s visit, however, presents a test of Manchester United’s upswing as they seek their first home league points of the season.

This is in the wake of defeats by Crystal Palce and Spurs in which they have leaked a combined nine goals, scoring only two.

Chelsea has had their own issues, notably in defence, although a 0-0 home draw with Sevilla on Tuesday in which veteran defender Thiago Silva was magnificently hinted at a big improvement.

The Blues have not won in the league at Old Trafford for seven years and Frank Lampard’s reign as manager began last season with a 4-0 hammering by Manchester United.

They also lost 2-0 at home, although they did win the FA Cup semi-final between the two.

Chelsea are eighth in the standings with Manchester United 15th, having played a game less.

But, while the table is still shaking out after an unpredictable start to the season, both clubs need to start showing the consistency required to be title contenders.

Liverpool host Sheffield United on Saturday and will be wary of the threat their former forward Rhian Brewster will pose.

This is because the champions are starting a Premier League game without Virgil van Dijk at the heart of defence for the first time in more than two seasons.

The Dutchman’s absence, possibly for the whole season after his knee was damaged by a reckless tackle by Everton goalkeeper Jordan Pickford last weekend, is a huge blow.

However, Juergen Klopp’s side showed they can defend without him in a 1-0 win at Ajax Amsterdam on Wednesday.

Action begins on Friday as surprise high-flyers Aston Villa, the only club in the top flight with a 100 per cent record, host Leeds United whose early season form has dipped somewhat.

With four consecutive wins Aston Villa have enjoyed their best start to a season for 90 years and can go top of the table with a point.

But manager Dean Smith is not getting carried away.

“If you’re off it at any stage in the league, you can get a bloody nose very quickly,” Smith warned.

In the meantime, AC Milan’s Rade Krunic, Brahim Diaz and Jens Petter Hauge netted in a 3-1 win at Celtic in their Europa League Group H opener on Thursday.

But the Italians had to withstand a late barrage from the Scottish champions to secure the three points.

Krunic opened the scoring when he outjumped defender Stephen Welsh to head home Samuel Castillejo’s cross in the 14th minute.

Although Celtic had some decent passages of play, it was the visitors who created the better chances.

Milan went two up when Zlatan Ibrahimovic stretched the Celtic defence with a ball down the left to Theo Hernandez.

Ibrahimovic’s pass found Brahim Diaz, who fired across goalkeeper Vasilios Barkas into the corner of the net just before halftime.

Celtic sent on Mohamed Elyounoussi for Welsh at the break and began to mount dangerous attacks down the flanks through Diego Laxalt, on loan from Milan, and fellow substitute Tom Rogic.

Elyounoussi pulled a goal back for Celtic in the 76th minute with a close-range header from Ryan Christie’s corner to prompt a frenetic finish as the home side poured forward.

But Hauge’s stoppage-time goal put the outcome beyond doubt for Milan.

In the other game in the section, Lille’s Turkish striker Yusuf Yazici got a hat-trick as they beat 10-man Sparta Prague 4-1 to top the group ahead of Milan on goal difference.