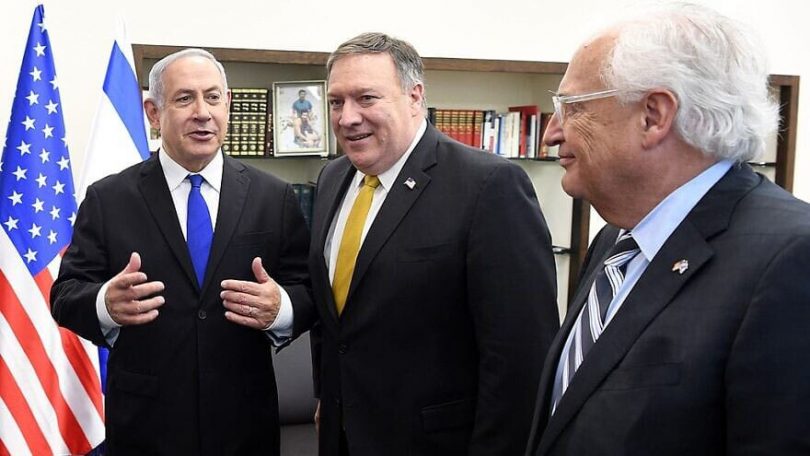 The United States and Israel will eliminate territorial restrictions for bilateral agreements in a ceremony on Wednesday.

The move will build upon a policy shift made by U.S. Secretary of State Mike Pompeo this past November, in which America no longer recognizes Israeli settlements in Judea and Samaria as illegal under international law.

Israeli Prime Minister Benjamin Netanyahu and U.S. Ambassador to Israel David Friedman are slated to participate in a signing ceremony at Ariel University in Samaria.

The agreement will immediately expand scientific and academic cooperation to include projects within Judea and Samaria, and the Golan Heights—disputed territories under Israeli control. The United States recognized Israel’s full sovereignty over the Golan Heights in March 2019.

Israel captured Judea and Samaria, in addition to the Golan, from Jordan and Syria, respectively, during the defensive Six-Day War in 1967.

Also read:  In call with Israel and Sudan, Trump announces next normalization agreement

Israel formally annexed the Golan Heights in 1981. Judea and Samaria remain disputed territories and were divided into non-contiguous zones (“Area A,” “Area B” and “Area C”) of varying Israeli or Palestinian administrative and security control under the 1993 Oslo Accords.