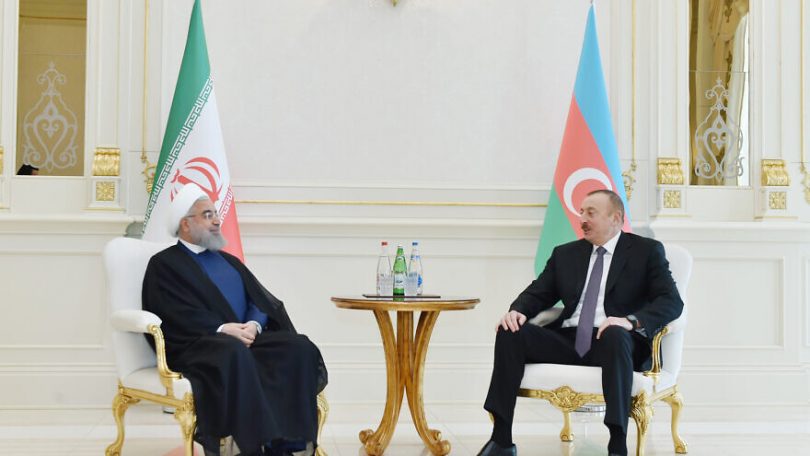 As Iran moves military forces to its border with Azerbaijan, the Islamic Republic is watching the progress being made by Azerbaijani forces in their conquest of areas of Nagorno-Karabakh with mounting concern.

This comes despite the fact that Azerbaijan is, like Iran, a Shi’ite Muslim majority country. But that is where similarities end, as Azerbaijan is a secular state and Azeris are a Turkic people, and its allies include Israel, as well as Turkey—both of which Iran is loath to see present on its northwestern border in any way.

“The Iranians have more to lose than gain” from an Azerbaijani victory, Micky Aharonson, the former head of the foreign-relations directorate of the Israeli National Security Council in the Prime Minister’s Office, told JNS. He served in that position from 2006-2014.

“It’s very comfortable for Iran and Russia to step in and mediate a ceasefire,” said Aharonson, a fellow at the Jerusalem Institute for Strategy and Security. Iran has every interest in seeing the Azerbaijani progress halted.

In recent days, the Iranian Foreign Minister, Mohammad Zarif, declared an initiative for a peaceful resolution of the conflict. Earlier, Iranian President Hassan Rouhani welcomed the first (short-lived) truce arrangement, as well as Russia’s mediation efforts—all signals of Tehran’s keen desire for the fighting to come to an end.

Tehran’s concerns over the conflict raging across the border also stem from internal considerations. Between 20 percent to 25 percent of the Iranian population is of Azerbaijani ethnic origin, Aharonson pointed out, including the Iranian Supreme Leader, Ayatollah Khamenei, whose father was Azerbaijani-Iranian.

Although Iran and Azerbaijan conduct extensive trade between them and hold many interactions, Iran’s backing of religious opposition movements in Azerbaijan is a source of discontent in Baku. On the flips side, Iran is deeply unsettled by Azerbaijan’s secular approach.

‘They do not want Azerbaijan on the border’

Meanwhile, inside northern Iran, protests by Azerbaijani ethnic Iranians have offered support for Baku. Four Azerbaijani-Iranian religious leaders released a statement calling Azerbaijan the land of Islam, and calling for support for the country, said Aharonson.

The Iranian movement of forces towards its northwest border, coupled with the holding of a military “drill” in the area, form a message from the Islamic Republic saying that it will not let the conflict spread to its territories, Aharonson argued, in light of the presence of Turkish-backed radical Sunni mercenaries sent from Syria to the battlefields of Nagorno-Karabakh.

Those same forces have been battling Iran’s ally, the Bashar Assad regime of Syria, for years.

“Even more significant is the Israeli issue. According to media reports, our defense industries are involved in sales to Azerbaijan,” she explained. “There have been many media reports on intimate intelligence connections between Israel and Azerbaijan. This means that the Iranians fear the possibility of Israel gaining a foothold close to Iran.”

“They are concerned,” she added. “The more Azerbaijan makes progress, the more they fear an Israeli presence. My interpretation of their steps is that they do not want Azerbaijan on the border.”

Iran has denied unconfirmed reports that it has sent arms to Armenia.

At the same time, Armenia has heavily criticized Israel for its arms sales to Azerbaijan and recalled its ambassador from Israel on Oct. 1 in protest.

Said Aharonson: “Everyone except Turkey is in favor of ending the conflict. Turkey is the only one pushing Azerbaijan to pursue its ‘national interests.’ It has also declared its willingness to send supporting forces.”