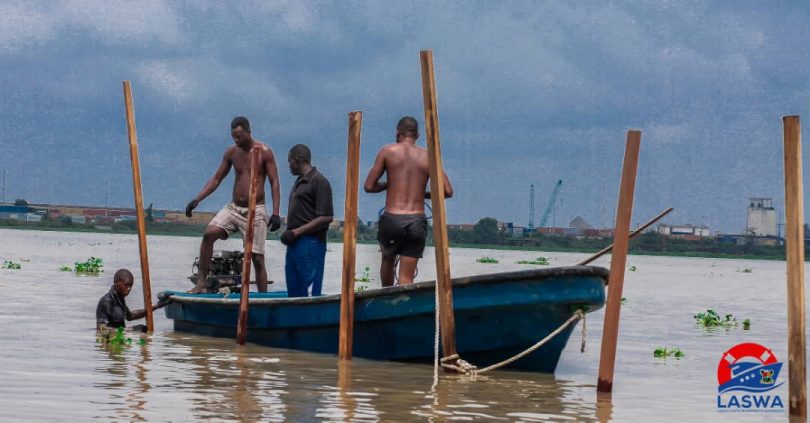 …As Lagos lawmaker says Badagry expressway, now our No 1 problem***

The Lagos State Waterways Authority (LASWA)  on Thursday started the annual clearing and removal of water hyacinth from jetties, terminals and routes on the state inland waterways.

The General Manager of LASWA, Mr Oluwadamilola Emmanuel, stated this in a statement he made available to newsmen in Lagos.

He said that the authority began the clearing of the water hyacinth on  Oct.28, 2020.

He added that the exercise would be extended to other zones. 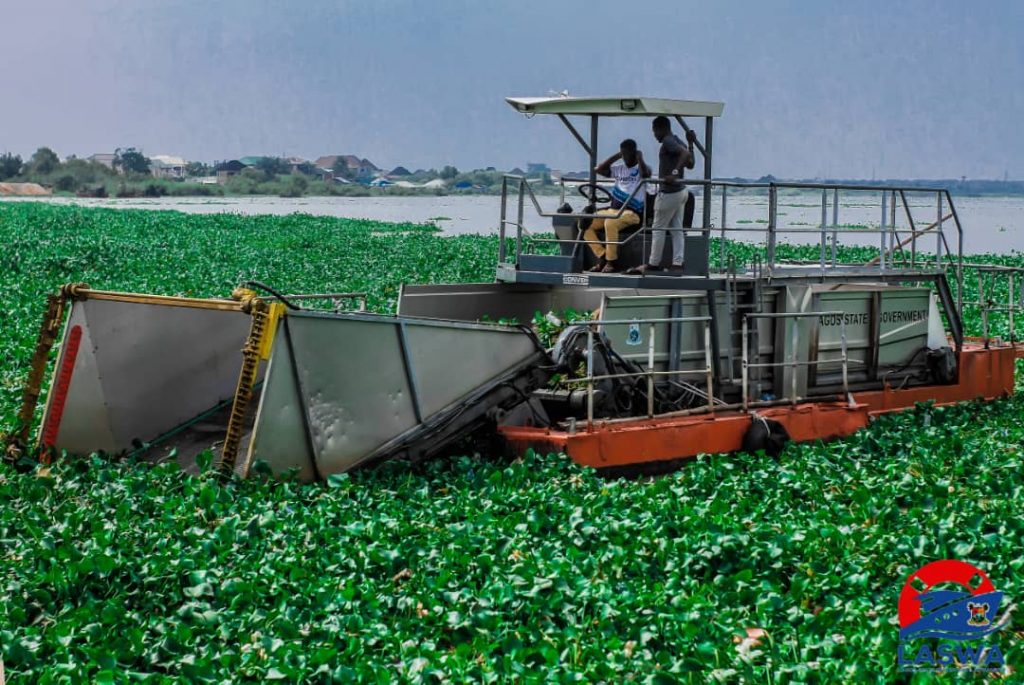 ” Gov. Babajide  Sanwo-Olu of Lagos State has graciously approved the clearing of all impediments to smooth navigation including the water hyacinth (a highly problematic invasive species) obstructing the free flow of traffic on the state’s inland waterways.

“Therefore,  LASWA has mobilised the required labour force and machinery to the project sites to commence the exercise immediately. 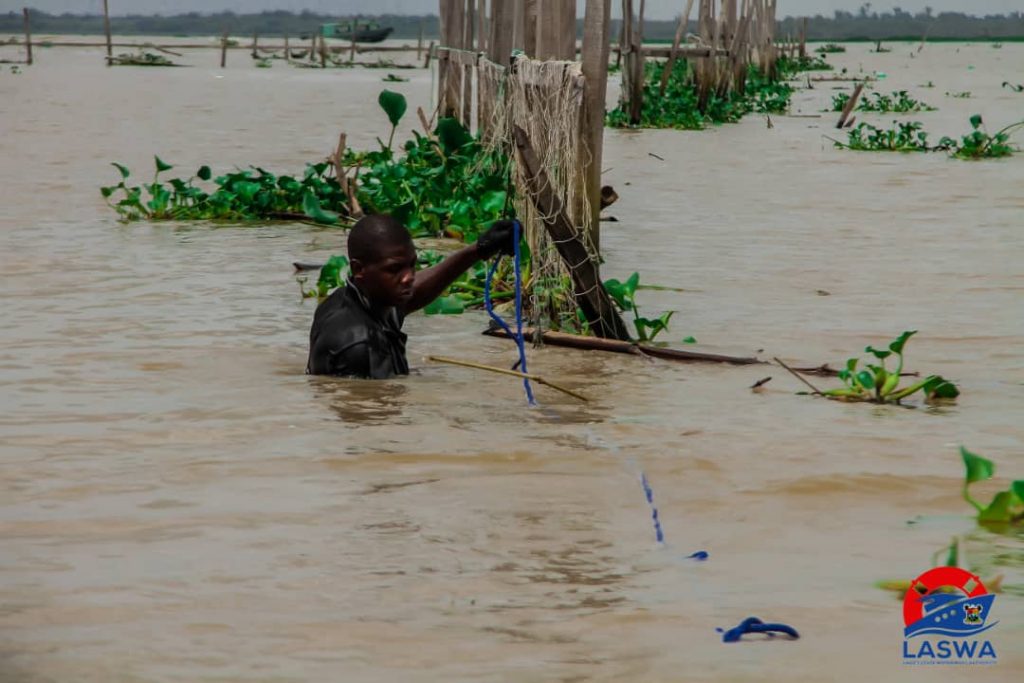 “This effort is to mitigate the occasional damage of boat engines caused by this stubborn aquatic weed and to eliminate delays in travel time while promoting the use of water transport as a viable alternative that is safe, fast and secure,” Emmanuel said.

The LASWA boss described water hyacinth as a floating aquatic plant of tropical lakes and rivers that grows prolifically on the Lagos Lagoon, hindering boats and ferries’ movements, especially, during the harmattan period. 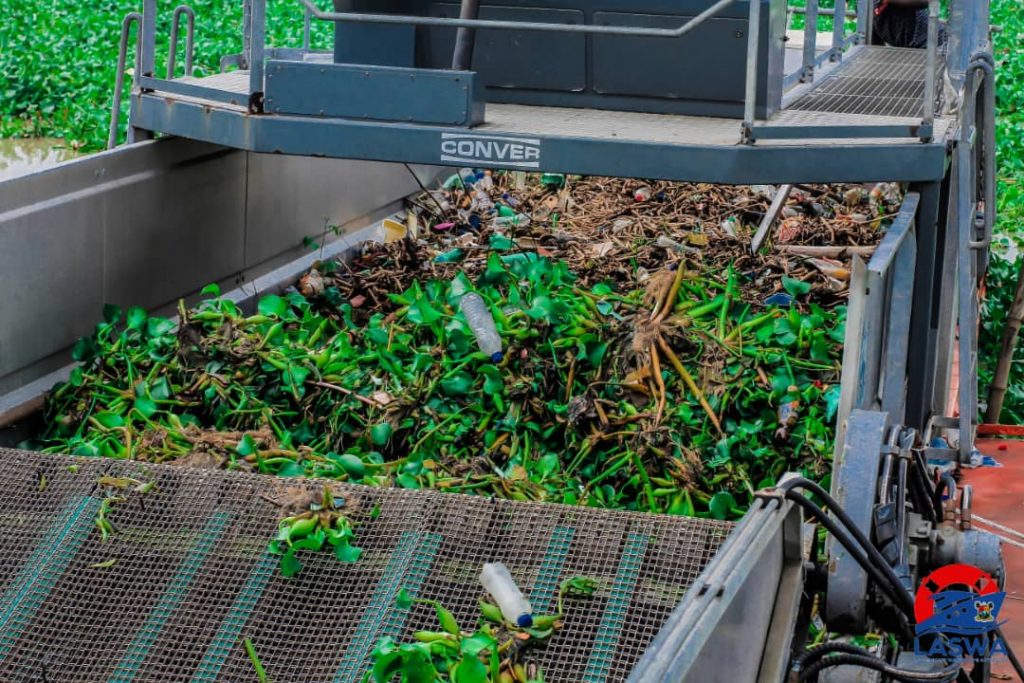 He reiterated that the state government was committed to improving safety standards and procedures on the state inland waterways to guarantee the safety of all its users.

Emmanuel, however, advised captains of boats to always drive with caution during the season while soliciting the maximum cooperation of all stakeholders to achieve clean, safe, and prosperous waterways.

In another development, a lawmaker representing the Badagry area, David Setonji has highlighted that the deplorable state of Lagos-Badagry expressway as the number one problem facing the people of Badagry Division of Lagos State.

David, representing Badagry in Lagos State House of Assembly, told a Constituency Stakeholders’ Meeting on Thursday in Ibereko, Badagry, that the road remained a “painful nightmare of every Badagry resident.”

The newsmen report that the theme of the meeting was:” Post COVID-19 Pandemic: The Challenges and Prospects”.

“At present, the expressway is the greatest challenge we have in Badagry and we are appealing to Lagos State and Federal Government to come to our rescue.

“This is federal government road and we beg them to urgently attend to the road,” the Lagos lawmaker said.

According to him, “Lagos-Badagry road is the worst expressway that I have ever seen in Nigeria.

“I have never seen an expressway that has collapsed like the road in my entire life.

“The international expressway has failed completely. You can imagine that this was the road that we used to spend between 20 to 30 minutes to get to Lagos before.

“Now, we are spending between six to seven hours to get to Lagos depending on if it rains or not,” David said.

The lawmaker commended the people of his constituency for adhering strictly to the directive by the government on COVID-19 pandemic.

David also commended the youths in Badagry for conducting themselves peacefully during the EndSARS protest.

Also speaking, the lawmaker representing the Badagry Constituency 1 in Lagos Assembly, Ibrahim Layode, assured his constituents David Setonji a standard jetty would be ready for commissioning in Badagry within six months.

Layode, who at the meeting in Ahovikoh Quarters, Badagry, said that the standard jetty would accommodate more than 1,000 boat passengers.

The lawmaker also commended the youths in Badagry for maintaining peace during EndSARS protest.

Solomon Bonu, Special Adviser to Lagos State Governor on Tourism, Arts and Culture, said that the government had approved the employment of 5,000 Lagosians into Neighbourhood Watch to reduce unemployment.

Bonu said that the government of Lagos had also approved many projects for the development of Badagry.

Meanwhile, some residents of the town had shown their displeasure at the decay of many facilities in Badagry.

Chief Joseph Agoro, a chieftain of APC lamented the deplorable state of education in Badagry West LCDA, adding that the council had only two secondary schools to cater for 15 primary schools.

Agoro urged the Lagos State Government to build more secondary schools in the area to be able to accommodate the pupils from primary schools.

He said that most of the residents of Badagry West LCDA were treated as foreigners by the personnel of the immigration service.

Also speaking, Mrs Dele Layode, a resident of Badagry, urged the state government to rehabilitate Badagry Health Centre which had been abandoned due to lack of maintenance by the government.

It was reported that traditional rulers, youth groups, market men and women as well as students of tertiary institutions attended the meeting.