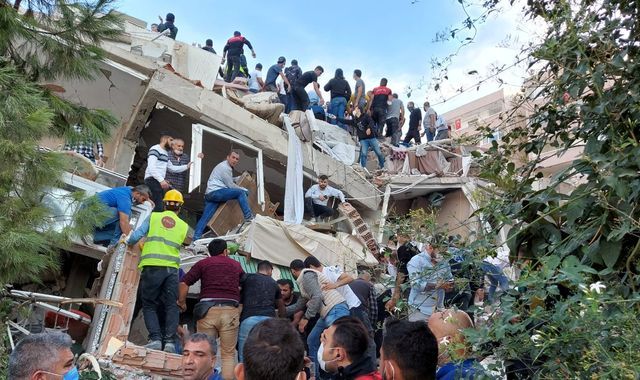 Two teenagers on the Greek island of Samos have been found dead after a major earthquake struck the region on Friday afternoon.

According to media reports, the two 17-year-olds, a boy and a girl, were on their way home after school in the town of Vathy when the quake caused a house wall to collapse in a narrow alley.

Greek authorities previously reported that eight people had been taken to hospital with injuries after the quake.

It’s not yet clear whether there are more deaths or injuries.