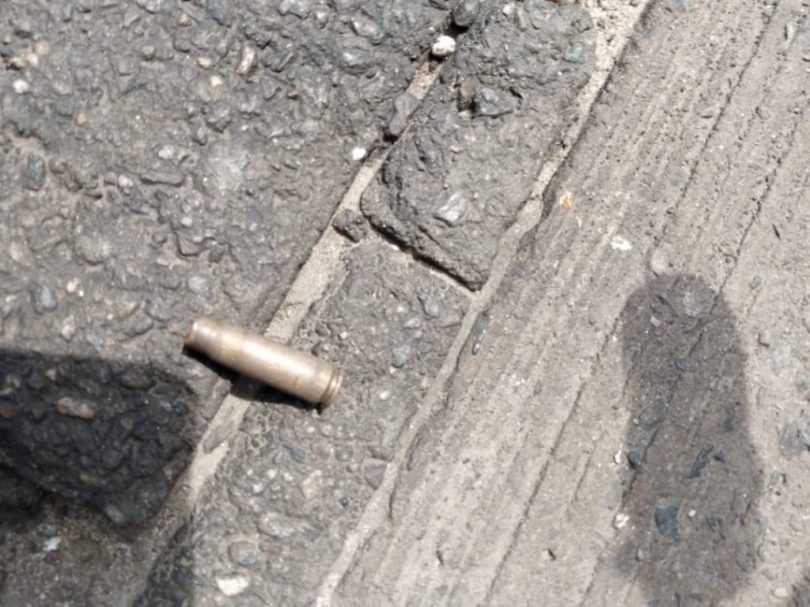 Five bullet shell casings were seen by the Lagos Judicial Panel on Friday at the Lekki Tollgate Plaza, the scene of the alleged Oct. 20 shootings of #EndSARS protesters by officers of the Nigerian Army.

The newsmen report that the nine-man Judicial Panel headed by Justice Doris Okuwobi (Rtd) saw the bullet shell casings on Friday during a visit to the scene as part of its investigations into the incident.

Earlier in the day,  the panel had left the venue of its sitting at the International Court of Arbitration, Lekki Phase 1, Lagos , to visit the Tollgate plaza scene of the shootings.

Also in attendance were : Mr Abayomi Omomuwa, the Managing Director of the  Lekki Concession Company (LCC) and Mr Gbolahan Agboluwaje, the Head of the Legal Department of LCC and the media.

Some five bullet casings were seen on the floor, inside the gutter and the stairs of the Tollgate plaza by people present there.

Omomuwa, during the visit, told the panel that the Close Circuit Television (CCTV) cameras mounted on a mast at the toll gate area were working during the shootings.

He, however, noted that though the footage of the happenings of Oct. 20 had been captured by the CCTV, it is currently not working due to damage caused by hoodlums during the carnage of Oct. 21.

On the panel’s return to the venue of its proceedings, Justice Okuwobi said that the panel had made observations and had asked questions at the scene.

She said that subsequent proceedings could not continue because the Managing Director of the LCC had no legal representation.

She also noted that the panel had not admitted the Oct. 20 footage as evidence and when it is admitted in evidence, it will be played at the proceedings.

The proceedings were adjourned until Nov. 3 for the testimony to be given by the MD of the LCC

In the meantime, the Nigerian Navy (NN) says it has arrested 41 people for partaking in various criminal acts, including looting and attacks on innocent citizens in Lagos State, during the ENDSARS protests.

Commodore Ibrahim Shettima, the Commander, BEECROFT, made this known to newsmen on Friday in Lagos.

Shettima was represented by Commander Andy Zidon, the Base Operations and Acting Executive Officer of NNS BEECROFT.

“In the course of the operation, 41 individuals were arrested for partaking in various criminal acts, including looting and attacks on innocent citizens of Lagos State.

“They have been handed over to the Nigerian Police today (Friday). Furthermore, a large number of looted items were recovered at various locations across our Area of Operations and evacuated to the Base.

The commander said that NNS BEECROFT was working with the Lagos State Government in order to hand over the items to be returned to the rightful owners.

“In fact, a large truck and Mini-Bus were also discovered loaded with looted items about to be taken out of state,” he said.

Shettima said that during the unrest period, the Base conducted not less than 200 active patrols and responded to not less than 50 distress calls from citizens and organisations.

“The NN responded to the crisis in an effective and timely manner to help ensure the return of normalcy within its Area of Operations.

“This operation was conducted under the Lagos State Security architecture code-named OP MESA, which designates, Apapa, Orile, Ijora, Costain, Surulere, Mile 12, Amukoko etc as the AOR for the NN,” the commander said.

He said that the Base conducted patrols and took all necessary measures within the ambits of the law, as well as Internal Security Standard Operating Procedure for the Armed Forces of Nigeria.

“Furthermore, additional personnel were deployed to secure all NNPC installations at Tarkwa Bay Island, including Terminals/Tanks Farms and the Atlas Cove Jetty.

“Harbour Patrols were conducted around the Ports and Lagos Anchorage to prevent miscreants from attacking visiting merchant vessels,” he said.

Shettima said that the NNS BEECROFT also assisted in the securing of the Nigerian Port Authority Headquarters at Marina after the building was invaded by hoodlums who looted and put fire to the building.

He said that the Base, in conjunction with NPA security, also recovered a Toyota Land Cruiser SUV stolen from the Headquarters, saying that the vehicle was in the Base for safe custody.

He said that the NNS BEECROFT and NN would continue to work with all groups, individuals and sister services to ensure complete restoration of peace, law and order.

Some of the individuals, whose shops were looted, commended the NN for swiftly responding to their cries of help.

An employee of a textile shop, Seun Olugbodi, whose shop was looted, commended the NN for coming to her rescue.

“We are here to identify some of our things, which we have seen, and we are grateful to the NN; we are hoping that they could do more.

“We were able to recover a few, it might not be much, but it is something.

“We have not been able to estimate the total cost of damage, because our shops in Lekki and Surulere were looted,” Olugbodi said.