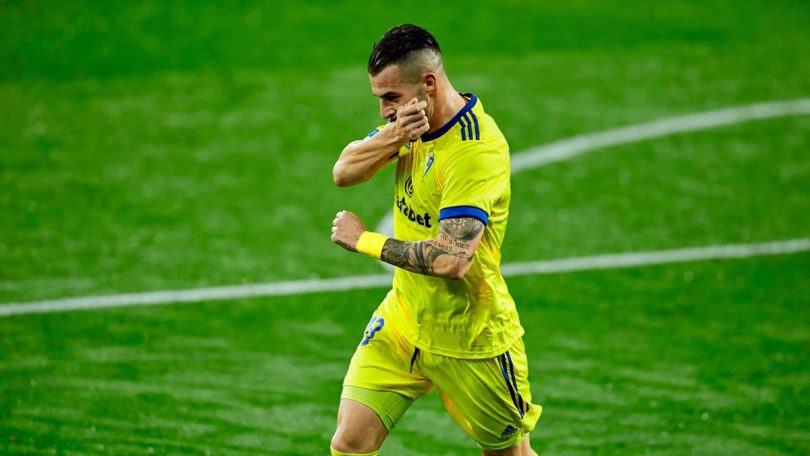 Goals from Alvaro Negredo in the 36th minute and Salvador Sanchez Ponce three minutes later put the visitors on 14 points from eight games.

Real Sociedad are ahead on goal difference and with a game in hand at Celta Vigo on Sunday.

Real Madrid, who host Huesca on Saturday, are a point behind in third and have played two games fewer than Cadiz.

Cadiz have already caused a stir this season, notching a shock 1-0 win at Real Madrid earlier this month.

In the meantime, Jungler Erberk “Gilius” Demirhas has re-signed with Schalke 04 for the 2021 season, the organisation announced on Friday.

Gilius has said these were instrumental in his decision to re-sign with Schalke 04.

“I know that I belong to Worlds, I belong to play on a big stage,” said Gilius in an announcement video posted by Schalke 04 on Twitter.

“I’m really excited for the project next year. We have very clear goals on our mind — going to Shanghai 2021 (World Championships) and potentially winning LEC Splits.”

While Schalke 04 missed out on the last World Championships, they went on an impressive winning streak towards the end of their season, winning 11 of their last 14 games.

However, a report by dotesports.com notes that Schalke 04 has their work cut out for them when free agency opens on Nov. 16.

With the exception of Gilius, Abbedagge and substitute jungler Lukas “Lurox” Thoma, nearly every remaining player on Schalke 04’s roster is set to have their contracts expire.