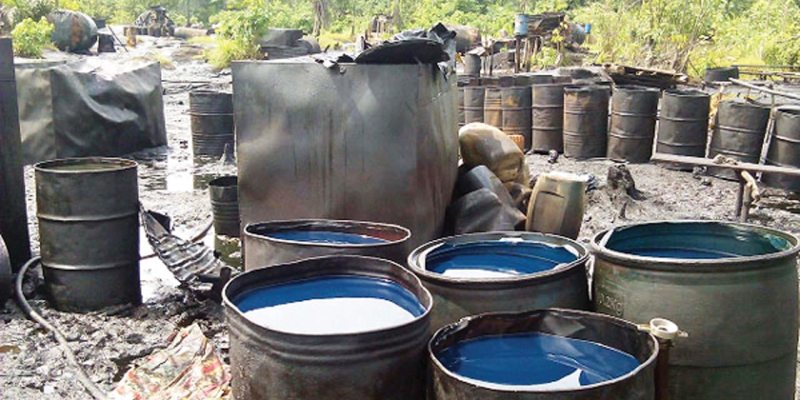 The troops of ‘Operation Delta Safe’ have recorded significant successes in the fight against crude oil theft, pipeline vandalism and oil bunkering in the last one week.

The Coordinator, Defence Media Operations, Maj.-Gen. John Enenche, made this known while briefing newsmen on the weekly activities of the military across theatres of operation on Friday in Abuja.

He added that the troops also immobilized several illegal refineries around Edeoha Community in Ahaoda East Local Government Area of the state on the same day.

According to him, troops of 19 Battalion immobilized an illegal oil depot at Oghara in Ethiope West Local Government Area of Delta State, within the period under review.

”Additionally, troops, in conjunction with vigilantes acting on credible intelligence on Oct. 23, arrested one suspected gunrunner with one AK 47 rifle and two magazines loaded with 7.62mm special ammunition around Road Elele-Owerri in Rivers,’’ he said.

He added that the suspects were in possession of two locally made guns, three live cartridges, one knife, three mobile phones and a stolen vehicle.

According to him, troops of 146 Battalion discovered and immobilized two illegal refineries, around Patrick Waterside, Burukiri and Oputumbi in Bonny Local Government Area of Rivers State.

Enenche said that the troops of Operations Calm Waters II and Swift Response, impounded several bags of foreign parboiled rice suspected to be smuggled from Cameroon during the period.

”Preliminary investigation revealed that the product was meant to be smuggled to the Republic of Cameroon through lkang waterways.

”Meanwhile, the two wooden boats along with the drums of PMS and the four suspects were evacuated at FOB IBAKA Base, for further action,’’ he said.