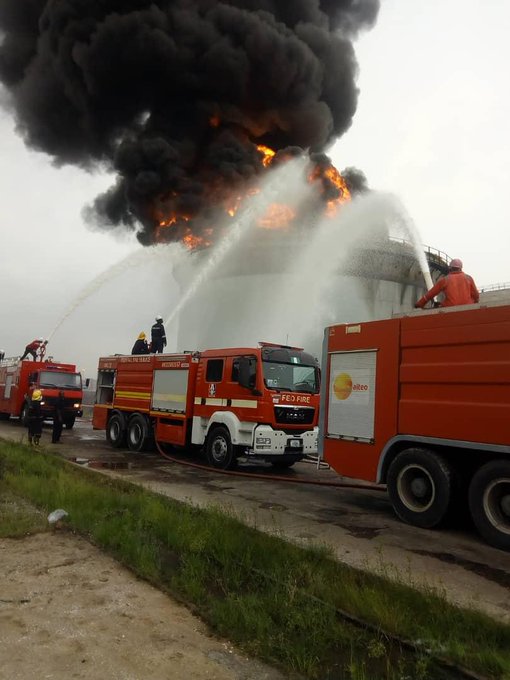 An Oil Storage Tank Farm located around the Lilypond, in Apapa, said to belong to the Oando group, was on Thursday, gutted by fire.

The men of the Federal fire service promptly swooped on it, battling to curtage its further adventure, into other dangerous areas. Other firefighters later joined them, even as an ambulance stood sentry on ground, in case of any unbecoming emergency.

Eyewitness told the Maritime First that persons on duty had an inkling of the inferno, and therefore, hurried out before the fire. The gesture, it was further learnt, also ensured there was no casualty.

The cause of the fire is yet to be determined.

In the meantime, the OVH Energy, operators of the tank farm at the Marine Beach, Ijora area of Lagos State says investigation is presently ongoing, to unravel the cause of the incident.

The company confirmed the development in a statement issued by its Corporate Communications Department and obtained by newsmen in Lagos.

The statement said: ”We confirm reports on the fire incident which took place at the OVH Energy, terminal 1, at Apapa this afternoon. 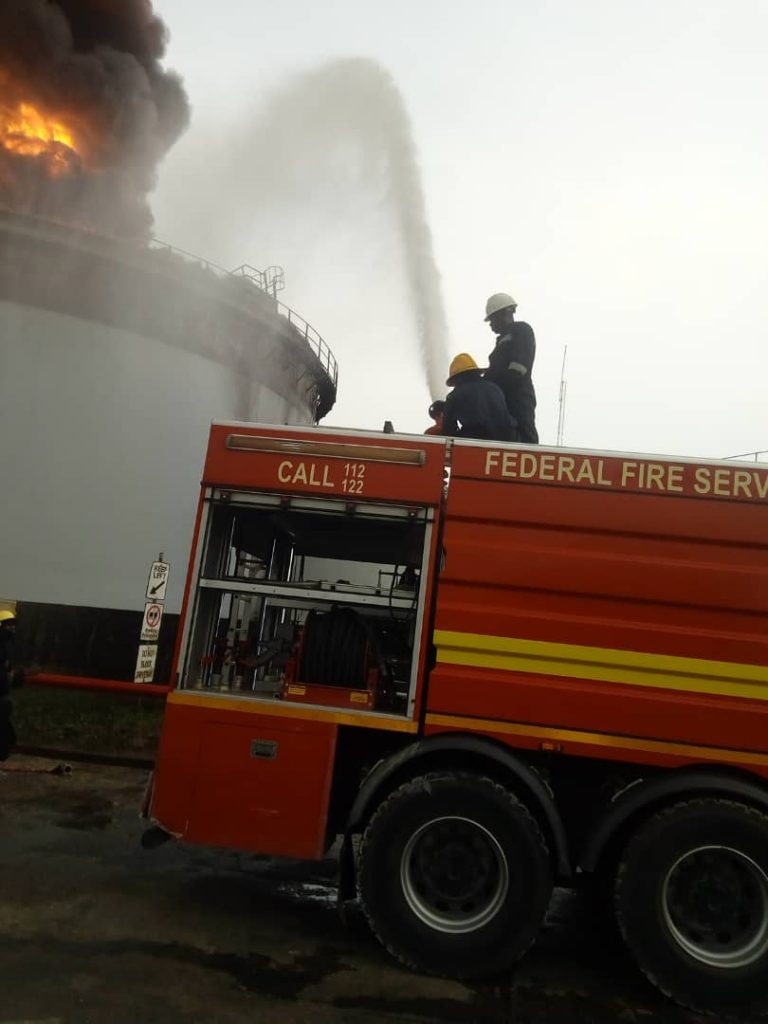 “Preliminary information about the incident reveals that the fire emanated from a tank within the terminal.

“Whilst an investigation has been launched to ascertain other details, we have a team of professional firefighters on ground to manage the outbreak.

“We are happy to state that as at the time of this report, there are no casualties recorded.”

under high safety standards to curb fire outbreaks as well as other health and safety risks from happening at any of its stations.

Mr. Ibrahim Farinloye, the Acting Zonal Coordinator, SouthWest Zonal Office, (NEMA) had earlier confirmed the fire, noting that the fire started at the depot about 12.05 p.m.