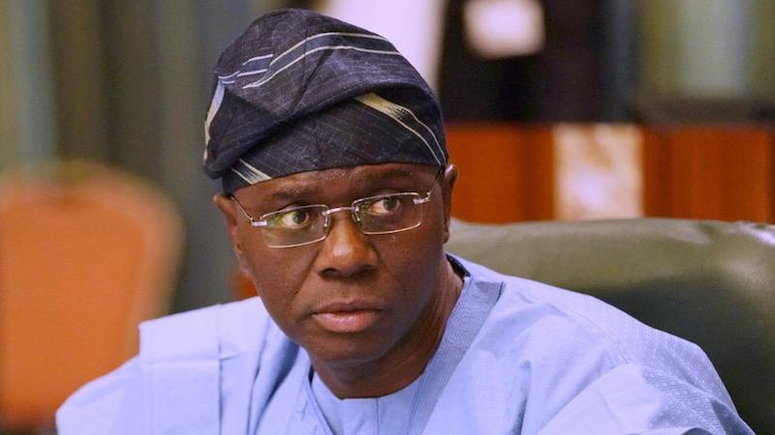 Against the backdrop of the recent #EndSARS protest and their alleged grievances, Gov. Babajide Sanwo-Olu of Lagos has called for the repeal of Pension Law 2007, which provides for payment of pension and other entitlements to former governors and their deputies.

Sanwo-Olu made the call during the presentation of the 2021 Appropriation Budget at the Lagos State House of Assembly on Tuesday in Ikeja.

He said that the bill would soon be sent to the Lagos Assembly for legislative approval.

According to him, the abolition of pension and other entitlements for former governors and deputies will reduce the cost of governance.

“Mr Speaker and Honourable Members, in light of keeping the cost of governance low and to signal selflessness in public service, we will be sending a draft executive bill to the House.

“The draft executive bill is imminently for the repeal of the Public Office Holder (Payment of Pension Law 2007), which provides for payment of pension and other entitlements to former governors and their deputies.

“It is our firm belief that with dwindling revenues and the appurtenant inflationary growth rates, that we need to come up with innovative ways of keeping the costs of governance at a minimum while engendering a spirit of selflessness in public service,” he said.

The governor said that a major achievement in the outgoing fiscal cycle was that the government was able to successfully restructure all existing internal loans from an interest rate of 20 per cent to 12 per cent.

He said that in some cases, the internal loans were restructured to single-digit interest rates; resulting in a cumulative cost savings of N12 billion.

He noted that the state’s debt portfolios would also be held as much as possible in naira to reduce foreign currency exposure risk.

“Although revenue collection remains a major challenge, we will continue to enjoin Lagosians to pay their correct taxes, so that we can all enjoy inclusive development, which is a major thrust of this administration.

“On our part, we will assiduously work at improving the tax system through revolutionary reforms that enable easy tax collection and payment,” he said.

In another development, Gov Seyi Makinde of Oyo State, on Tuesday, inaugurated an 11-man Judicial Panel of Inquiry, to look into cases of brutality and human rights violations in the state by operatives of the disolved Special Anti-Robbery Squad (SARS).

The 11-man panel is chaired by Justice Bolajoko Adeniji, a former Chief Judge of Oyo State.

Mrs Olufolakemi Ogundele, an Assistant Director of Public Prosecution in the state Ministry of Justice, will serve as Secretary of the panel.

Other members of the panel include Dr Oluwole Akintayo — immediate past Chairman of Nigeria Bar Association (NBA), Ibadan Branch;

In his remark after the inauguration, Gov Makinde urged the panel to objectively deal with all petitions that would be brought before the panel.

He noted that the panel would begin work with nothing less than 50 cases already reported on its various platforms.

Makinde called on residents of the state that had experienced police brutality to make reports to the panel.

He urged people with petitions to come up with credible evidence so as not to frustrate the work of the panel.

The governor gave an assurance that the state government would do justice to the recommendations of the panel.

He said that all those behind the killing of #EndSARS protesters and the maiming of policemen across the state would be brought to book.

Earlier, the state Commissioner for Justice and Attorney General, Prof. Oyelowo Oyewo, expressed optimism that the calibre of people on the panel would enable it to give quality recommendations.