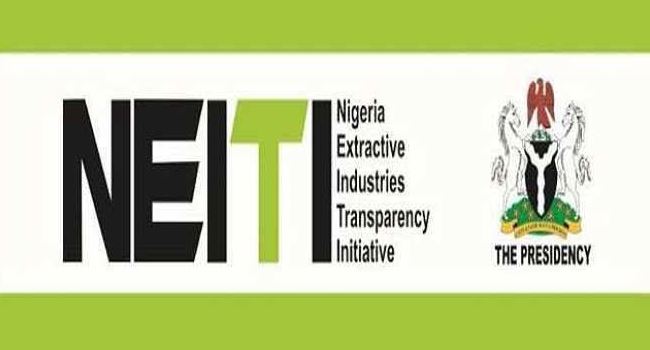 The Nigeria Extractive Industries Transparency Initiative (NEITI) said the Federation Account Allocation Committee (FAAC) had disbursed N2.054 trillion to the three tiers of government and other statutory recipients in the third quarter of 2020.

NEITI disclosed this in the latest edition of Nigeria Extractive Industries Transparency (NEITI)’s Quarterly Review released in Abuja on Tuesday.

It said the disbursements were made in spite of COVID-19 pandemic and its attendants’ socio-economic consequences.

This, it said, was the first time that total disbursement had exceeded N2 trillion for a quarter in 2020.

It said that the review analyzed FAAC disbursements in the third quarter of 2020, using data from the National Bureau of Statistics and the Revenue Mobilization, Allocation and Fiscal Commission.

The review further noted that the Federal Government of Nigeria (FGN) received N812.22 billion in the third quarter of 2020.

“The dip in disbursements between 2020 Q3 and corresponding quarters in 2019 and 2018 was largely on account of the impact of COVID-19 and its associated effects on demand for oil, oil prices, economic activities and other sources of revenues,” it noted.

Further analysis in the review revealed that disbursements to the three tiers of government fell between the first and second quarters, and then increased between the second and third quarters of 2020.

The review noted that higher disbursements in the third quarters of the years were generally on account of increased demand for oil during the summer season, and the attendant surge in oil prices.

It also attributed rise in third-quarter disbursements for 2020 to two primary factors of increased demand for oil following the easing of the global economic shut-downs as a result of the COVID-19 pandemic.

” Secondly, the official exchange rate (earlier adjusted in March 2020 from N305/$1 to N360/$1) was adjusted from N360/$1 to N380/$1, and this will necessarily lead to higher disbursements from FAAC as revenues are shared in Naira”, the review stated.

On disbursements to states in 2020 Q3, NEITI review noted that there was wide disparity in the total net disbursements.

According to the review, apart from the sharing formula, the amount of deductions carried out also plays a role in determining how much net disbursements are received by states.

The review further revealed that the combined disbursements of the four states with the highest disbursements (Delta, Rivers, Lagos and Akwa Ibom states) amounted to N144.48billion.

This, it said, was higher than the combined total of N135.36 billion received by the 12 states with the lowest disbursements.

On the revenue outlook for 2020 Q4, the NEITI review projected that actual oil revenue is likely to continue to outperform the projected oil revenue for the fourth quarter of 2020.

However, it cautioned that even with the projected improvement in revenues in 2020 Q4 and based on the total revenues received in the first three quarters of 2020, all tiers of government may struggle to meet the revenue projection in their revised budgets for the year