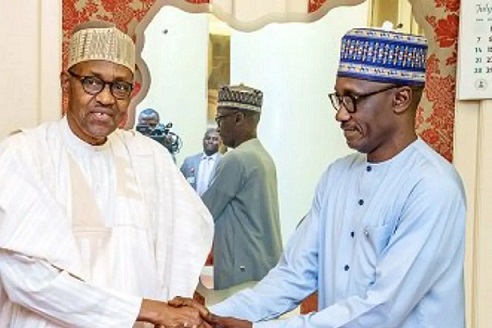 Kyari disclosed this at a media interaction with the National Association of Energy Correspondents in Abuja, on Friday.

He said that the corporation had the full support of the president to operate effectively for the growth of the industry,

” I can tell you that the privilege we have today in this company of having unfettered control without any distraction or interference to make decisions and be accountable and responsible for our decisions has never happened until this government.

” I can tell you this because I have been around for 29 years and have worked closely with top management of the NNPC for about 15 years.

” This is the only president who has never asked NNPC to do something.

“I have the personal privilege to have access to Mr President, to his private audience and I can tell you that under no circumstances has he controlled what we want to do.

“He only wants to know and be sure that what we are doing is in the best interest of the country,” he said

He said that migrating to the deregulation of the downstream oil sector was a huge challenge and difficult decision for the president as he understood the pain it would put ordinary Nigerian through.

According to him, the president supported the decision because the government can no longer afford subsidies with harsh economic impact of COVID-19.

The GMD said that the Corporation’s new focus was on gas development as the most resilient source of energy in the energy transition process.

” The only oil and gas that survived during the COVID-19 with minimal negative change was gas. Gas will help the country out of its major challenge of electricity.

” The biggest challenge we have here is to take electricity to homes, industries and to use the resources we have to create that energy this country needs.

” Today for two reasons we are not getting electricity because the production is low and we are not able to transmit it to those who need it.

” That means there is a bottleneck in transmission and distribution system,” he said

He said that gas had a lot to offer as it created work and economy that was not existing today noting that it could create industry with many other benefits.

Kyari maintained that although Nigeria was known as anKyari  oil country it is more a gas nation than oil.

He assured that the Corporation would continue to work to ensure full gas development in the country for economic growth.