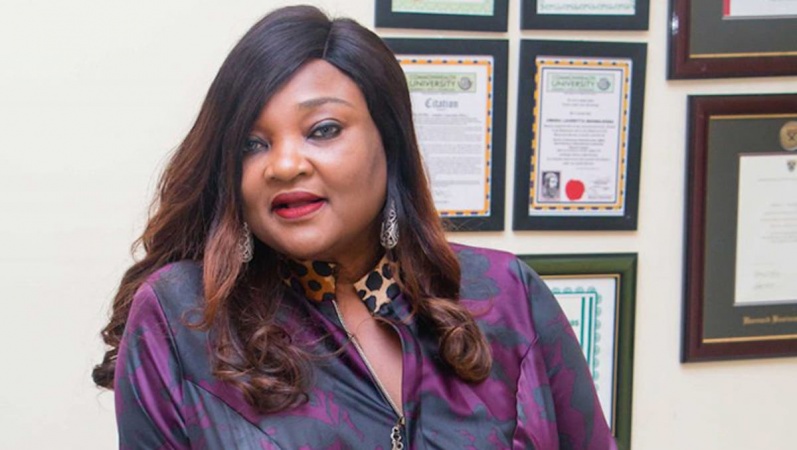 The Federal Road Safety Corps (FRSC) has confirmed the death of Mrs Amaka Ndoma-Egba, the wife of former Senate leader, Victor Ndoma-Egba, in a motor accident on the Okitipupa-Ore road on Thursday.

Mr Ahmed Hassan, FRSC Ondo State Sector Commander, who confirmed the tragedy to newsmen on Friday in Akure, said that the wife of the former Senate leader and three others died in the accident while eight others sustained injuries.

The FRSC sector commander said that the injured were taken to the hospital while the corpses of the dead comprising three women and a man was deposited at the morgue.

“The accident was caused by loss of concentration and speed violation.

“Three females and one male died while eight were injured and they were taken to Pima Hospital, Ore,” he said.

Also, a source told newsmen that the accident, which occurred a few metres from the military checkpoint at Irele junction, involved a truck, two cars and a coaster bus belonging to the Sports Department of the Adekunle Ajasin University, Akungba Akoko.

The source said that Amaka and others in the vehicle were on their way to Igbokoda for a social function scheduled for Saturday before the tragic incident.

“The truck lost control and swerved off its lane to crash into the cars and the AAUA coaster bus, killing four persons in the bus and three occupants in the two cars,” he said.

Mr Victor Akinpelumi, Head of Media and Protocol, AAUA, also confirmed the accident which involved the bus of the institution.

He said that the bus was hired for an official assignment before the accident occurred.

“We have sent some officials of the department of works of the university to investigate the incident, we are still expecting them,” Akinpelumi stated.

In the meantime, a truck driver has been confirmed dead in a lone fatal crash at immigration junction, along Awka-Enugu expressway, Awka in Anambra State.

Andrew Kumapayi, Anambra Sector Commander of the Federal Road Safety Corps (FRSC), who confirmed the incident to the newsmen in Awka, said the accident occurred at about 6: 28.p.m. on Friday

Kumapayi noted that the accident was caused by loss of control due to excessive speeding by the truck driver.

“The crash involved a white Mark truck without a registration number.

“Eyewitness report reaching us indicates that the crash occurred as a result of loss of control due to excessive speeding by the truck driver.

“A total of two male adults including the truck driver were on board when the truck crashed.

” The truck driver, identified as Mr Taiwo, got trapped in the process but was later brought out dead and deposited at the mogue at Chukwuemeka Odumegu Ojukwu University Teaching Hospital, Amaku, by FRSC rescue team.

“Also on ground were Mr Peter Nwosu, Senior Special Adviser to Gov. Willie Obiano on Petroleum and Union Matters and men of the Anambra State Fire Service with their truck and chemicals to neutralize the inflammable content of the truck.

“The truck has been lifted and towed off the road,” he said.

While condoling with the family of the dead, Kumapayi urged motorists, especially truck drivers, to desist from excessive speeding and abide by the stipulated speed limits to avoid road traffic crashes.