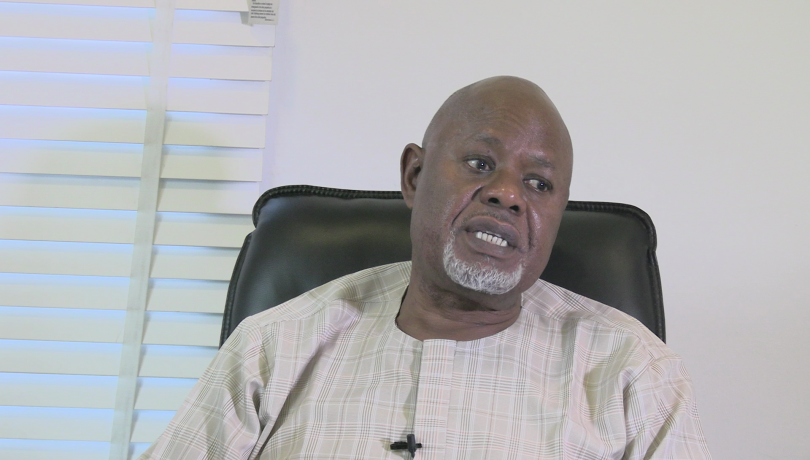 … Says shipowners felt the recession earlier than other Nigerians!***

The nation’s foremost shipping mogul, Engr. Greg Utomwen Ogbeifun is not only concerned with the success of Cabotage, but also, about how the country’s management of Covid-19 palliative would not totally reverse the initial gains of Cabotage.

He expressed his view in his Lagos Office, highlighting concern that not only has shipping been most hit by Covid-19, Government’s responses have also left the ship owners, most vulnerable.

Speaking as a man bearing the pains and disappointment of many other shipowners in Nigeria, Engr. Ogbeifun lauded their individual and collective efforts, even as he noted that in the present situation, they have operated without the desired policy support, with the risk of further encouraging foreign dominance in Cabotage shipping.

Ogbeifun was particularly aghast that the nation’s shipping sector’s back is badly uncovered, exposed, forcing many ship owners to throwable workers into the labour market, leaving several vessels they acquired with bank loans abandoned; even as those who are able to still operate, to do so, bleeding!

He sincerely wished for Federal Government’s urgent intervention, not only through observable policy support to investors in shipping, but also judicious and timely use of the Cabotage fund as a credible and vibrant tool.

He stood 100 percent, with the nation’s shipowners, both in terms of ingenious efforts to stay afloat; and to survive the present economic crunch, of which most Nigerians have just woken up to, to call the new recession!

“Let me say it quite clearly that, the fate of shipowners in the country is not entirely the making of the shipowners.

“So, what hit the nation by COVID-19 and (created a) drop in oil price, hit the economy, hit the oil and gas, (also) hit the IOCs, the Shipowners and other service providers.

“The only thing that has happened was: everybody wanted to survive the shock: So, the government ran to the IOCs and said “reduce all your service operating cost by 40%; because we cannot survive this shock, at the rate we are at it now”.

“So, the IOCs also, who were used to generating 60, 70 dollars per barrel of the oil they produced; (when) the price of oil dropped down to zero; and in some countries, the person selling the crude oil, will (even) beg you the buyer, ‘let me give you money, …take (the shipments) it, because my haulage is overflowing and I can’t stop it’.

“That was how bad it was. So, oil price was actually a minus, if you were really following them!

“Now, it means that (for) a country like us, that operates on a mono-economy, (as) oil is the mainstay of our economy, (since) we’ve only been doing diversification by mouth; (talk which is cheap!).

“There’s nothing on ground to say: ‘okay; (if) you shock oil, we have this cushion. So, we were just down!

“Now, every month, all the States Government-run to Abuja, for FAAC! Isn’t it? and where is the FAAC money being funded from? It is from oil money!  So, if now oil money is zero, then, there is no FAAC. So, (it means) everybody goes back, (and) everybody is poor, (because) they can’t pay salaries to anybody.

“But since, the Oil companies still depend to a large extent on the services of Shipowners to be able to even fund themselves to stay alive, what did they do?

“They brought the list of the ship-owning companies that were providing services for them, decisively kept some of those they considered reliable or able ones that do deliver, based on track records, particularly in terms of safety standards, high security; and then, they weeded out those they considered were not very serious shipowners; or those they believed got in through influences and things like that, they pushed off.

“Then, for the remaining few of us, they called and then said: ‘Government said we should reduce cost by 40%!’ And then, they started negotiation.

“Let me give you an example, you were there when I commissioned OSAYAMO. The contract was awarded at nineteen thousand dollars ($19,000) a day; at the time we got the contract to go and build that boat.

“Now, the banks that funded that ship gave me the facilities based on $19,000 a day. So, even though we appearred to be working, we are working and bleeding!

But, it was either you take it or you go and pack the ship and you get nothing!

“So, that’s where I see the industry, I won’t like to say the ship owner. The industry is suffering or struggling!

“But what did other countries do?

They gathered their shipowners,  (and said): ‘this thing is hitting you like this, so what are your challenges? (And each came up saying): ‘in my own case, I took so much loans to buy so, so and so ships; and this is the debt and banks!  And another said ‘this, this and that’.

“They collated all the chunks and came out with palliatives and went to their banks (and said): ‘take this money and take that and that’.

“A country that knows what they are doing, that is what they should do!

“The money they could have used, maybe to cushion them is sitting in may be in CVFF (Cabotage Vessels Financing Fund) account; and somebody is talking grammar.

“But, what are we doing?

Why are we politicizing (things)? We are killing the future, the industry and killing the system? And then, you’ll wake up one day and find out your country has no ships…and then, foreigners will bring in ships! and then, you are back to what you tried to stop 17 years ago…! Cabotage!

“If you don’t know what to do, then (why don’t you) read the (news)papers, listen to the news, read the papers; learn what other countries are doing.

“But it should not only be in the area of shipping; it should be in every sector that is relevant to the nation’s survival, a country comes out as a body: the Ministry of Finance, the Central Bank of that country; they sit down (and ask) ‘where do we need to do palliatives?’