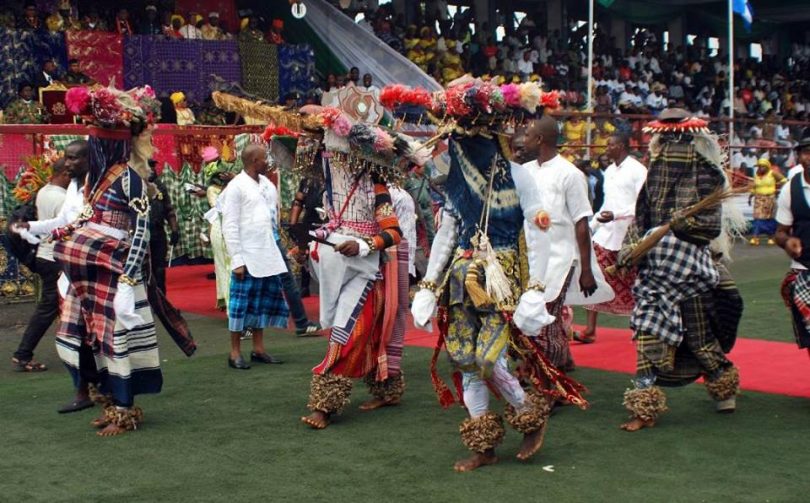 Security has been beefed up in Jos and environs as the National Festival for Arts and Culture (NAFEST) began in the city on Monday.

Newsmen report that stern-looking security personnel has been strategically stationed to provide security in and around the Rwang Pam stadium, the venue of the opening ceremony.

The Spokesman of the Police Command in the state, ASP Gabriel Ubah, said that 916 personnel from different divisions under the command had been deployed for the festival.

Ubah said the deployment was to prevent any breakdown of law and order.

“The personnel has been briefed adequately to carry out their duties professionally,” he said.

Special forces of the Operation Safe Haven (OPSH) known as the Bikers have also been stationed to provide security at the entrance of the venue.

The OPSH is the outfit in charge of security in Plateau and Southern Kaduna.

Mr Daniel Manjang, Chairman, Publicity Committee for the festival, said that security agencies had been mobilised to ensure that the event took place under a peaceful atmosphere.

“The chairman of the security committee who is the Plateau Permanent Secretary for Security, has assured us that nothing is left to chance as far as security for the festival is concerned.

“Security personnel have been stationed at all venues while flashpoints that are prone to breach of law and order are under strict surveillance.

“Just like you are seeing them here in Rwang Pam stadium, there are others at Langfield Leisure Park, venue of the main events, and Government Technical College where the contingents are putting up,”said Manjang, who is also the State Commissioner of Information and Communication.