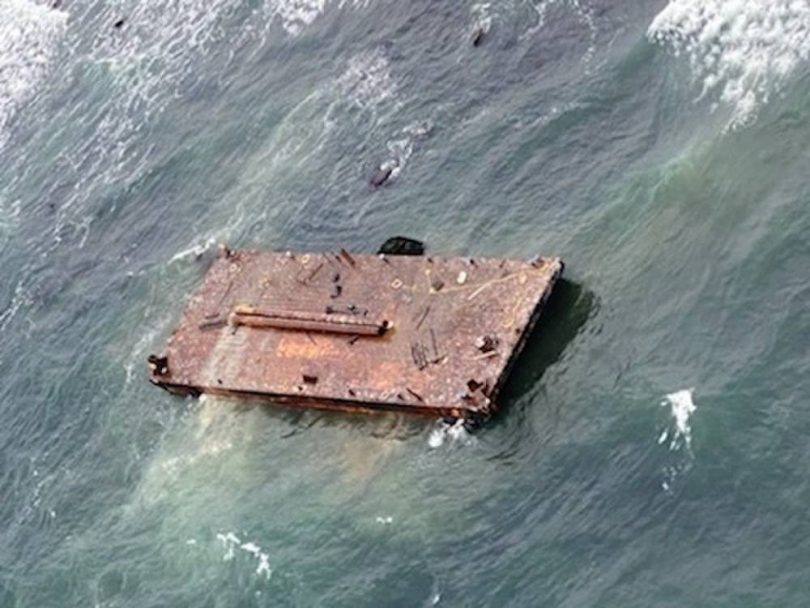 The U.S. Coast Guard rescued three crewmembers, On Wednesday morning, from a small barge after their tug sank, off Point Judith, Rhode Island.

At about 0815 hours, the watchstanders at Coast Guard Sector Southeastern New England, reportedly received a VHF mayday call from the tug Warhawk, at about 08.15hours, of the crew’s alarm that their vessel was taking on water, and it had a barge in tow.

When the response boat arrived on scene, the tug was completely submerged and all three Warhawk crewmembers were on the barge. The boat crew rescued them and transported them back to the station. No injuries were reported.

Watchstanders have issued an Urgent Marine Information Broadcast notice to mariners about the potential hazard to navigation, even as the Coast Guard continues working with the Warhawk’s owner to salvage the tug and barge.