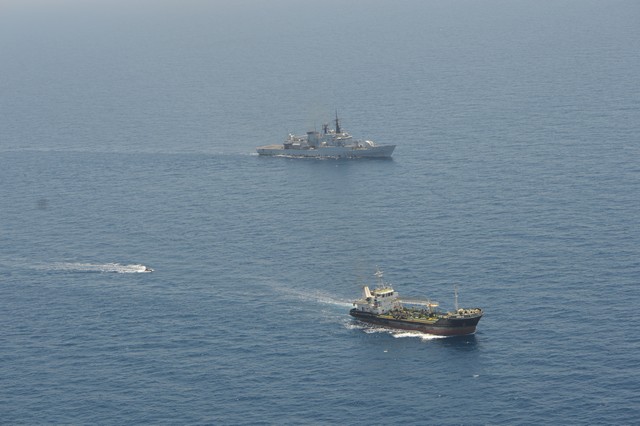 A Cargo ship, MV MILAN was attacked at around 1300 UTC, Nov 26 in Nigerian waters, Gulf of Guinea, some 10 nm off Bayelsa State coast, with no fewer than 10 members of its crew successfully kidnapped.

The Minister of Transportation, Rotimi Amaechi had hinted that Government would deploy helicopters against piracy by next year. It was however not understood if the delay would not directly enable criminals unfettered access to further attacks on local and foreign trading vessels.

The general cargo ship was reported en route from Koko Nigeria to Douala Cameroon, with an expected time of arrival (ETA) as Nov 27 when it was attacked.

The Fleetmon further indicated that the ship actually stopped and started to drift at night Nov 25, reason unknown;  during which it drifted to a position where she was attacked and understandably boarded.

The Automatic Identification System AIS signal was missing from 1204 UTC Nov 26 until 1410 UTC Nov 26, when signal reappeared,  even though the ship was still adrift.

No other information was available, as of 1440 UTC Nov 26, except that the ship is trading in Gulf of Guinea waters since early October this year.