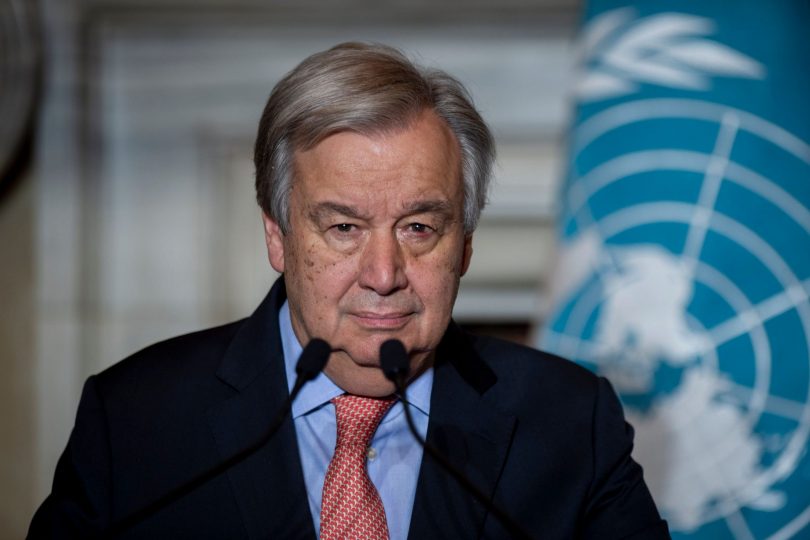 Commemorating the International Day for the Abolition of Slavery, the United Nations Secretary-General highlighted the impact of the contemporary forms of slavery, underscoring that such abhorrent practices have no space in the 21st century.

In a message on Wednesday, UN Secretary-General Antonio Guterres, said that global protests this year against systemic racism brought renewed attention to a “legacy of injustices all over the world whose roots lie in the dark history of colonialism and slavery”.

“But slavery is not simply a matter of history.”

Globally, more than 40 million people are still victims of contemporary slavery, including about 25 million in forced labour and about 15 million in forced marriage, according to UN estimates. One in four victims are children, and women and girls account for 71 per cent of the victims.

The statement said the UN chief urged all sections of the society to strengthen their collective efforts to end the abhorrent practices.

“I call for support to identify, protect and empower victims and survivors, including by contributing to the UN Voluntary Trust Fund on Contemporary Forms of Slavery,” he added.

The statement said in the message, the Secretary-General also recalled the Durban Declaration and Programme of Action, a comprehensive, action-oriented document that proposes concrete measures to combat racism, racial discrimination, xenophobia and related intolerance. It also acknowledges that slavery and the slave trade are crimes against humanity, and should have always been so.

“This milestone document defines slavery and slavery-like practices as flagrant violations of human rights … we cannot accept these violations in the twenty-first century,” Mr. Guterres stressed.

The International Day for the Abolition of Slavery, commemorated each year on 2 December, marks the date of the adoption of the UN Convention for the Suppression of the Traffic in Persons and the of the Exploitation of the Prostitution of Others. The Convention entered into force in 1951.