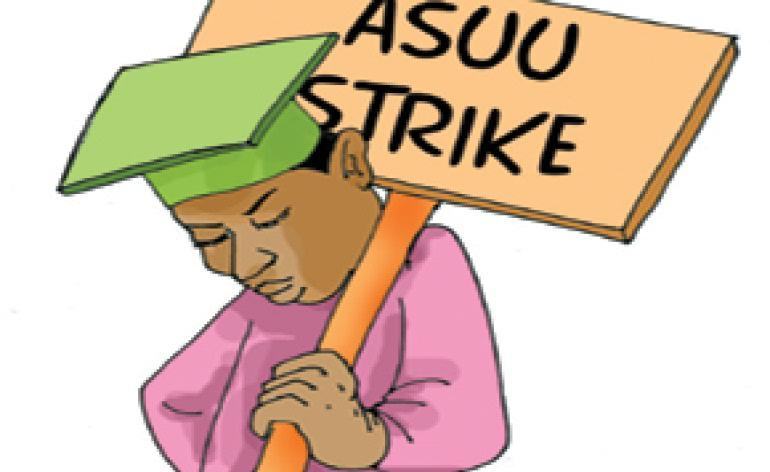 Some university students on Thursday appealed to the Academic Staff Union of Universities (ASUU) to consider the students’ future and resume work in their various institutions.

Some of the students, who spoke with the newsmen in Enugu, expressed worries and lamented as they appealed for the suspension of the prolonged strike.

The students said that they were tired and frustrated due to the time wasted without any academic achievement.

They said that the strike would make them to remain in the university more than it was necessary.

ASUU has been on strike since March 2020 over demands for more funding for public universities and renegotiation of the 2009 FG/ASUU agreement.

Others are outstanding earned academic allowances, the proliferation of universities by state governments and the constitution of Visitation Panels to Federal Universities.

Augustine Azubike, a law student at the Nnamdi Azikiwe University, Awka, said he was appealing to the university lecturers to consider the future of the students and to return to work.

Azubike added that the incessant strike embarked by the lecturers was affecting the quality of university education in the country.

Another university student, Ann Chukwu, of Linguistic Department, University of Nigeria, Nsukka (UNN) expressed worry over the lingering strike, adding that her private business, located within the university, had been static since the strike started.

“My business, which is within the university premises has been static since the lecturers embarked on strike and the business has been the source of income for my school and accommodation fees,” Ude lamented.

Daniel Onyekachukwu,  a mechanical engineering student, from UNN, said the incessant strikes by public universities’ workers had altered the academic calendar and the students’ time of graduation.

“Our lecturers and government should consider students from poor families, whose parents are not financially buoyant enough to send their children and wards to private and foreign universities.

“As the academic calendar of those private and foreign universities are not tampered with,” Onyekachukwu appealed.

Joe Ezike of the Department of Psychology, Nnamdi Azikiwe University, Awka said he was unhappy over the strike as his rent has expired.

“My anger over the strike is that the money I paid for my off-campus accommodation before the strike has expired without proper use of the room,” Ezike complained.