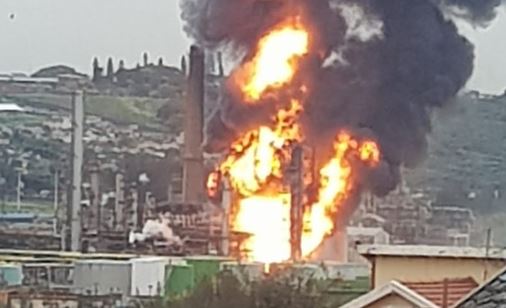 Robert McKenzie, a spokesman for the provincial emergency services, confirmed the incident, telling News24 that fire and smoke could be seen on the site.

According to McKenzie, the cause of the explosion is yet to be established.

No fatalities and injuries have been reported, but six people were treated for smoke inhalation.

The emergency services’ spokesman added that a nearby block of flats caught fire as well.

The fire was quickly extinguished, apparently resulting in no injuries.

The Engen refinery was already closed for around four months after an explosion back in November 2008.