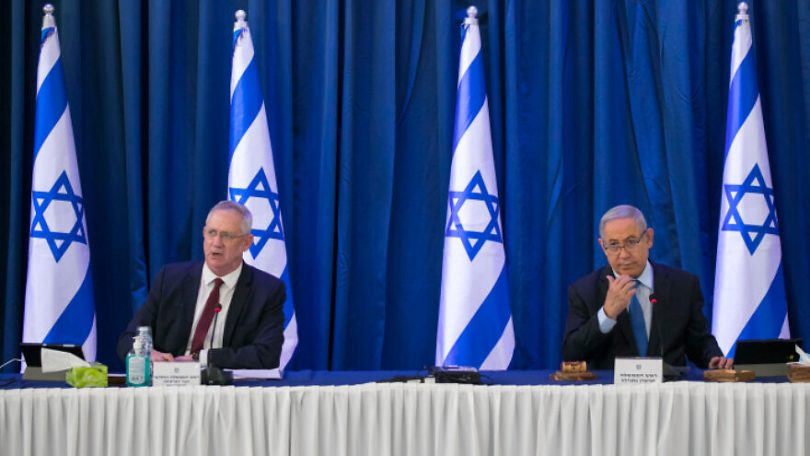 This isn’t what Israelis want to hear right now, but it’s nonetheless true. They need to hold another election. The prospect of a new administration in Washington is cause for concern, even if it may not prove to be the end of the world. But the challenge that this will pose requires Jerusalem to speak with one voice.

An Israeli government with the prime minister’s office at odds with both the defense and foreign ministries is a luxury the Jewish state might have been able to afford as long as President Donald Trump was in the White House, and the U.S.-Israel relationship was one rooted in close cooperation and a common vision about strategic issues. But with President-elect Joe Biden about to take office with a foreign-policy team committed to the failed Middle East policies of the Obama administration, Israel’s margin for error is about to be reduced. Even if that means that Israelis must suffer through the agony of a fourth election inside of two years, a divorce between unity government partners Prime Minister Benjamin Netanyahu and Defense Minister Benny Gantz has become a necessity.

After having held three inconclusive elections inside of a year, yet another trip to the ballot box would seem to be the last thing the Jewish state needs. In April and September of 2019, and then again in March of this year, Israelis headed to the polls to elect a Knesset. Each time resulted in a stalemate with neither Netanyahu nor his chief rival—Blue and White Party leader Gantz—able to muster a majority.

The standoff finally ended in April of this year, when Gantz split his party by joining a unity government with Netanyahu. Doing so made no political sense for him since the only point of Blue and White was to topple the prime minister rather than to enact different policies. Indeed, on all of the important war and peace issues, Gantz tried to run to the right of Netanyahu. But realizing the futility of the continued stalemate and responding patriotically to the crisis that the coronavirus pandemic presented to the nation, he decided that throwing in with his nemesis was the right thing to do.

Also read: Who was Mohsen Fakhrizadeh, the ‘mysterious’ nuclear scientist killed outside of Tehran?

Many in his own party denounced him as a traitor and a fool. The terms of the deal he cut with Netanyahu not only brought the rump of Blue and White who stuck with him an outsized share of government posts, it also offered him a pathway to the prime ministership since it called for the two to switch jobs in 18 months. Yet few at the time thought Netanyahu would stick to that deal, and nothing that has happened in the eight months since then has changed anyone’s mind about that.

Netanyahu is a political mastermind, and his ability to outmaneuver and undermine Gantz—a former chief of staff of the Israeli Defense Forces who is still a novice in his new profession—at every turn has made the conduct of the country’s government a dismal spectacle. Though the tall, handsome and personable Gantz seems like a political consultant’s dream candidate, his inability to keep up with Netanyahu has made the power struggle within the cabinet something of a mismatch. And with the prime minister personally managing the country’s key responsibilities—the relationship with Trump and Israel’s new Gulf state allies, as well as its defense strategy—Gantz’s frustration at being boxed out by the prime minister at every turn has been painfully obvious to all.

As long as Washington was prepared to follow Netanyahu’s lead, and ignore Gantz and his Blue and White colleague Foreign Minister Gabi Ashkenazi, this farce had no impact on anything other than the two ex-generals’ egos.

But with U.S. foreign policy about to be put in the hands of Obama administration alumni, Israel’s divided Cabinet is about to be transformed from a cruel comedy at Gantz’s expense into a distinct political liability for the country.

A Biden administration will not be content, as Trump’s was, to let communications between the two governments be managed through the friendly conduit of Israeli Ambassador to the United States Ron Dermer, who reported directly to Netanyahu. Biden and Secretary of State-designate Anthony Blinken may not be about to seek the same “daylight” that Obama tried to create between the two countries. But their differences with the Israeli consensus on the impossibility of peace with the Palestinians and the need to confront, rather than appease, Iran are bound to create trouble.

Under those circumstances, they won’t hesitate to pit Gantz against Netanyahu, and to do everything in their power to strengthen the Blue and White faction in the government even if, at least in principle, its stands on important issues don’t differ much from those of the Likud Party.

The stakes involved in properly managing relations with Biden and avoiding the kinds of conflict that happened under Obama are too high for Israel to continue with a dysfunctional coalition. The sooner the current government is replaced by one that can speak with one voice—no matter whose voice it is—the better.

Holding an election during a pandemic or even one held while the arrival of a vaccine may start the process of ending the crisis won’t be easy. That’s especially true in a country where there are no mail-in ballots or absentee voting, as is the case with Israel (though that also means that they don’t have the kind of disputes about elections that America struggles with).

Of course, a new Israeli election might result in another stalemate, as happened the last three times. The prime minister is still laboring under the shadow of the corruption trial that threatens his future. But unlike in the previous tries, the notion of Gantz as the unsullied clear alternative to Netanyahu is out the window since both his decision to join the government and his poor performance in office guarantees that his faction will be punished by the voters. The anti-Netanyahu vote will be split between Blue and White, former Gantz partner Yair Lapid’s Yesh Atid Party and the possibility of a centrist alternative led by yet another ex-general in Gadi Eizenkot. Right now, it looks as if a more stable right wing-religious government (with the Yamina Party, which is to the right of Likud, led by Naftali Bennett and now set to be the second-largest faction in the Knesset) is the most likely outcome.

No matter what choice Israelis make, they’ll be better off with a government not at war with itself. Whether it is led by Netanyahu or someone else, the end of the Trump era in Washington should also mean the end of Israel’s latest unhappy experiment in “unity.”