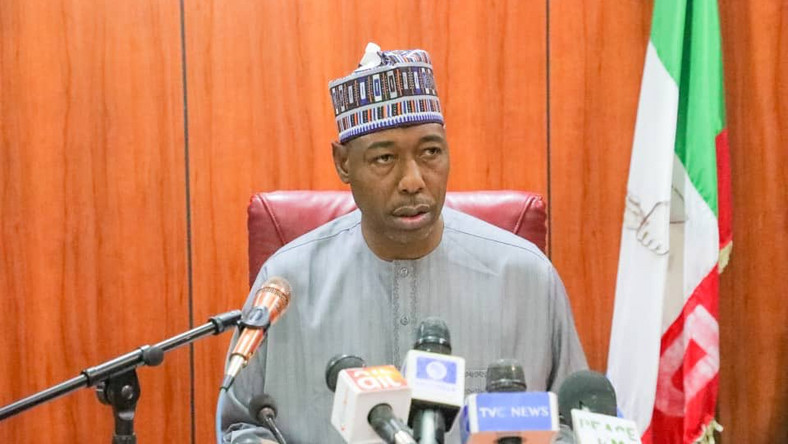 A committee set up by Gov. Babagana Zulum of Borno has begun the distribution of cash and foodstuffs to 30,000 households in Zabarmari village in Jere Local Government Areas, scene of last week’s massacre of over 43 rice farmers, by suspected Boko Haram insurgents. The farmers however insisted on security and enhanced protection.

Mrs Yabawa Kolo, Borno Chairperson, State Emergency Management Agency (SEMA), said during the distribution on Friday in Jere that the foodstuff and cash were provided by the state government and the Federal Ministry of Humanitarian Affairs and Disaster Management.

“Each bereaved family got N600,000 and 10 bags 12.5 kg rice, 100 kg of maize and millet, two cartons of vegetable oil, two cartons of maggi cubes and tomato paste. The items were part of social support to enable the bereaved have something to eat as they try to stabilize from the loss of their loved ones,” Kolo said.

The chairperson said that other households in the village would also get their own ration, comprising two bags of rice, one bag of beans, two sachets of maggi cubes, salt and oil.

“What we have on ground is a supply for 30,000 households. Every household in Zabarmari will get its ration”, Kolo assured.

Some residents of the village while lauding the government and other people for their concern and support shown to them at this trying period, however, emphasized that the community currently needed security and enhanced protection far more palliative.

Yunusa Mohammed, a farmer, said: “We want adequate protection, particularly at this critical moment to enable us harvest our rice. Information reaching us say that the insurgents have started burning rice farms”.

“Government needs to send soldiers to chase them away before we lose our expected bumper harvest worth millions of Naira”, he pointedly stressed.