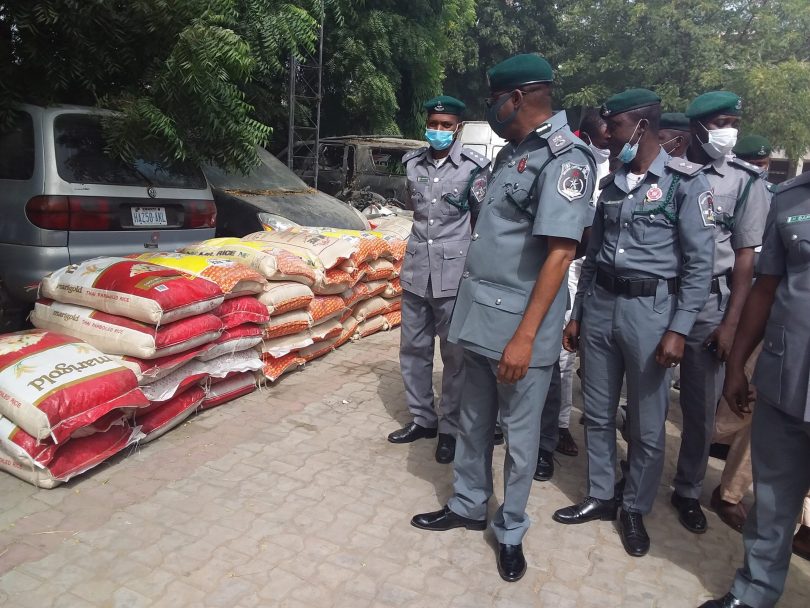 The Customs Area Controller, Comptroller Suleiman Lapa-Umar, said this at a news conference on Thursday in Kano.

He said that the amount was higher than the N13.978 billion recorded in 2019, representing 84 per cent increase.

Umar said the command recorded 353 seizures with Duty Paid Value (DPV) of N924 million within the period under review, and listed the items to include rice, used clothes, oil and pasta among others.

The comptroller said the command arrested 15 suspects in connection with the seizures, noting that the cases were still pending before the courts.

According to him, the Command has seized contraband with DPV of N23, 723,37 in the past two weeks.

Umar, who assumed duty on Dec. 1, said the seizures were made at different times and locations under its Anti-Smuggling Activities.

He listed the items to include 390 bags of rice; 20 Jerry cans of oil, 182 bales of used clothes, 100 cartons of mosquito coil, 190 cartons of tomato paste and 79 cartons of condensed milk.

“Most of these contraband were conveyed in commercial buses and cars meant for transportation of people but converted to perpetrate dastardly acts.

“The law that prohibits the importation of rice and other items through our borders are not new, those who claimed ignorance of the ban have no excuse.

“The command will continue to facilitate trade, deal decisively with economic saboteurs (smugglers), work for the security and wellbeing of the people of Nigeria,’’ Umar said.

While commending the personnel for their dedication to duty, Umar sought for the support of the media in educating the people on the ills of smuggling.