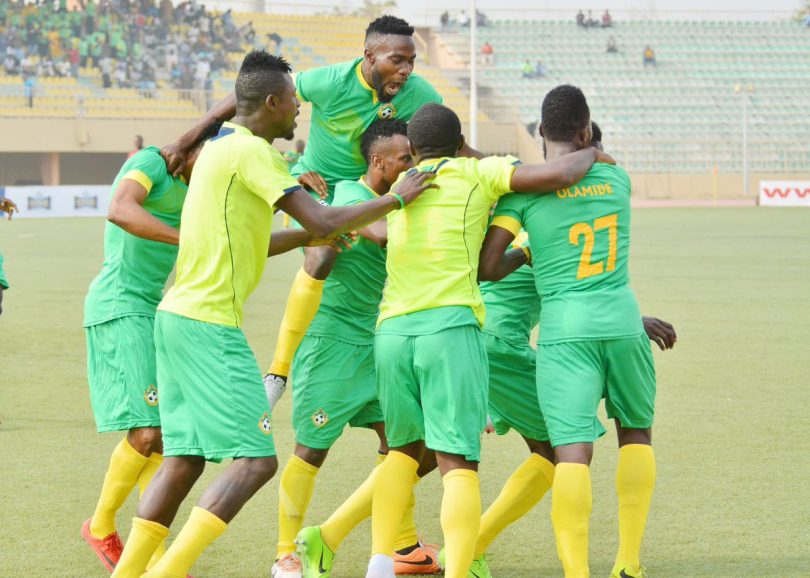 Stanley Eguma, Technical Adviser of Rivers United, told sportswriters after the Match Day 3 game that the result was the product of discipline on the field of play.

“We started working on the players in the area of character and discipline, and as you can see today, we had a very clean game.

“We have inculcated in them the act of being disciplined, and we shall continue in this trend, because the game is all about character and discipline.

“I trust that we will do better than we have done today if we maintain it to improve our game,” he said.

Eguma disclosed that the club was focused on its CAF Confederation Cup first round second leg game against Bloemfontein Celtic of South Africa.

“For now, our thought is to go to the match against Bloemfontein Celtic that is at hand. Because we are not distracted, we are not going to be complacent.

“Yes, we beat them 0-2 when we visited them, but they are a very good side, and we know they are coming to play a game of their life here.

“We are not relenting, we will take that game first, before we know who our next opponent is in the NPFL, because out target is to get a good result against Bloemfontein Celtic,” he said.

Speaking also, coach Abdulahi Biffo of Kwara United FC said his team lost to one of the best clubs in the country, adding that the game was a big lesson for them to take every match seriously.

“Rivers United came with the best tactics and overpowered us. It was unfortunate that we conceded two goals in less than two minutes, and we lost 3-0.

“Again, my boys did not play to instructions. I have said it earlier, it is a big lesson, we have to go back and prepare well for subsequent games,” he said.

Ifeanyi Anamena and Godwin Aguda scored a goal each for Rivers United in the 33rd and 34th minutes, while Godwin Chika made it three from a penalty kick in the 90th minute.

Kwara United had two red cards in the match following Afeez Nasiru’s crunching foul on Kazie Enyinnaya, and Ejeh Isaiah’s handling of the ball in his box from a shot by Ishaq Kayode.