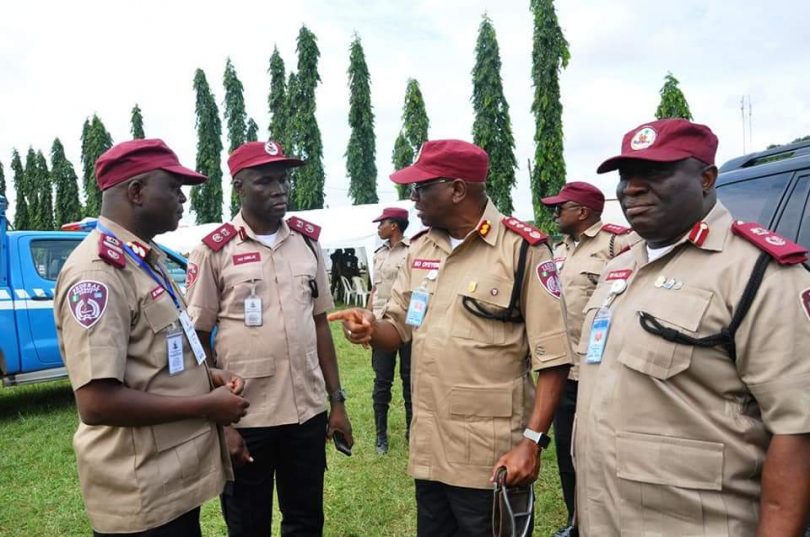 The Lagos and Ogun states commands of the FRSC jointly impounded 40 vehicles on the Lagos-Ibadan Expressway on Wednesday because their occupants did not observe the COVID-19 safety protocols.

The Lagos Sector Commander, Mr Olusegun Ogungbemide, said the operation code-named “Wa’ko Jeje’’ (drive gently) was conducted to remind motorists about the importance of patience while on the wheel.

The vehicles were impounded on the Mowe-Ibafo sector of the expressway, with most of the commercial buses impounded glaringly showing evidence of Convid-19 protocol violation, by loading their buses to full capacity with passengers, some of whom did not wear nose masks.

“When diversion barriers were removed on the Lagos/Ibadan Expressway during the last festival period, we recorded a lot of crashes blameable on over speeding.

“We began the operation at 6 a.m. and by 11 a.m. we had impounded 40 vehicles for one offence or another.

“The mobile court, headed by a Chief Magistrate, will pronounce penalties on the offenders using the federal and states traffic laws,’’ Ogunbemide said.

He added that some of the commercial vehicles impounded did not install speed limiting devices as demanded by law, while others were impounded for other offences.

He, however, urged road users to drive safe and stay safe by combining good driving culture with keeping the Convid-19 protocol adding that transportation sector was the easiest means of spreading the deadly virus.

In his remarks, Ogun Commander of the FRSC, Mr Muhammed Umar, said some vehicles were impounded for mechanical deficiency like travelling with poor quality tyres and other associated traffic offences.