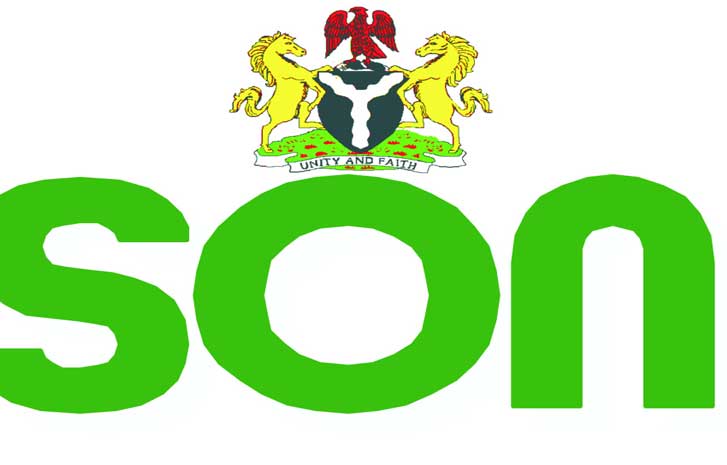 … As Salim cautions: You do not have to confront those you are working for everytime!

The Standard Organisation of Nigeria (SON) has called on its staff in the states to collaborate, rather than fight with importers and other relevant associations in their operations, for effective service delivery.

The DG, who was on tour of state offices of the organisation, said the synergy would not only reduce friction between SON and the business community, but also help achieve the target of a sanitised market and healthy local industrial sector.

He added that rather than the routine engagement of security personnel in the course of employment, state coordinators should reach out to various associations in their areas of interest and carry out sensitisation on activities of the SON.

According to him, these people are considerate and are willing to cooperate and help SON succeed.

”You have guns and a hammer but you do not need to use it all the time, you do not have to confront those you are working for, reach out to the associations and make them part of what you are doing.

”They will be willing to hand over who you are looking for to you,” he said.

Salim said the organisation was established essentially, to protect the local industry from the unhealthy attacks of foreign counterparts, through the importation of substandard and uncertified products.

He noted that the organisation under his leadership was increasing the logistics and manpower support to state offices, by way of decentralising its operations to enable them function more independently and speedily.

According to him, each state office will have Information Communication Technology (ICT), Human Resource and Legal departments, as well as ability to hire low-level staff, to reduce their need to go to or wait for Abuja, over every operational issue.

He said all staff promotion and conversion issues would be investigated and determined by a special committee for approval, to ensure that people are accorded their rightful placements.

Salim commended the Anambra office for its impressive performance and urged them to do more, because the state remained strategic for the organisation’s operations.

He also visited the permanent office site and commended the progress of work there, while assuring that his administration would do all that was possible to complete and make them operate from there.

Earlier in his welcome address, Mr Olalekan Omoniyi, Coordinator of SON in Anambra lauded the DG for deeming the state worthy of the visits adding that the gesture would stir staff in the state to show more loyalty and delivery.

Olaniyi attributed the success in Anambra to adherence to the vision of the DG.

He highlighted some of the challenges in the state to include the inability to enforce product registration to marketers’ hostility to staff members.

The coordinator then called for more operational vehicles, establishment of SON office in the industrial town of Nnewi, training of staff and provision of online office equipment to boost efficiency in the state.

He further decried encroachment into the land for the organization’s permanent site in the state and urged the management to interface with the Anambra government for a resolution of the matter.