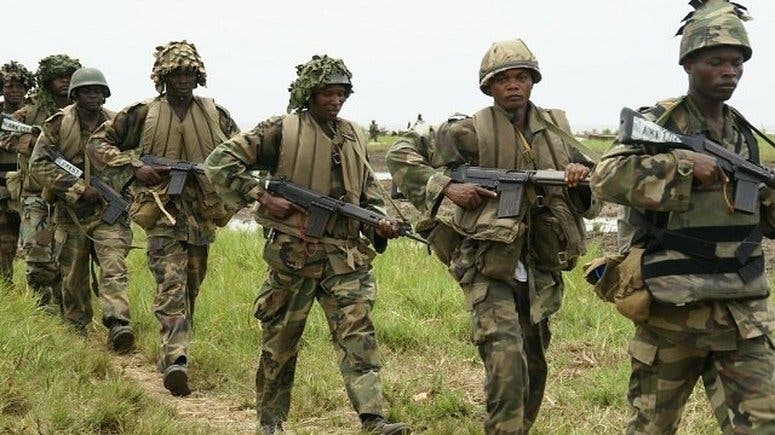 The Nigerian Legion has pledged its support to relevant security agencies in combating insecurity in the country.

The Chairman of the legion in Ebonyi, retired Capt. Fidelis Ogodo, made the pledge on Friday in Abakaliki at the 2021 Armed Forces Remembrance Day celebrations in the state.

Ogodo said that the legion, as an offshoot of the Nigerian Armed Forces, could still contribute immensely to curb insecurity in the country.

“The legion’s members might have retired from service but can still offer security advice to individuals and governments at all levels.

“Security tips are needed presently to combat the challenges posed by insurgents and undesirable elements in the country,” he said.

Ogodo said that the legion had been the only umbrella of unification to retirees after military service.

He said it had helped to assuage the feeling of nostalgia by the ex-service men and women and had enhanced comradeship as a veritable ethic of the military profession.

According to him, the legion has been offering counseling services to members in enhancing their transition to civil life and has helped to regulate excesses of some unguarded ones.

He noted that the Gov. David Umahi-led administration had tremendously assisted military retirees through the prompt payment of their monthly stipend.

“Retirement, as a yearly occurrence, has, however, made it possible for an increase in the number of the stipends’ beneficiaries.

“I, therefore, appeal for the inclusion of members recently disengaged from service in the payroll, to enable them to benefit from the monthly stipend,” he said.

Ogodo added that the legion was faced with lack of funds to construct structures on the land allocated to it at the Eguogboriga Area of Abakaliki.

“We are presently using a makeshift room at the Government House cabinet office.

“I also appeal to all those who made pledges at our emblem appeal fund ceremony to redeem them,” he said.

The newsmen reports that Gov. Umahi, represented by his Deputy, Dr Kelechi Igwe, inspected the Guard of Honour mounted by a detachment of the Nigerian Army.

The governor also laid wreaths at the tomb of the Unknown Soldier alongside some military personnel.

Prayers were also said for the peace and unity of the country by the chaplain and Imam of the Nigerian Army, as pigeons were also released by the governor as a symbol of peace.