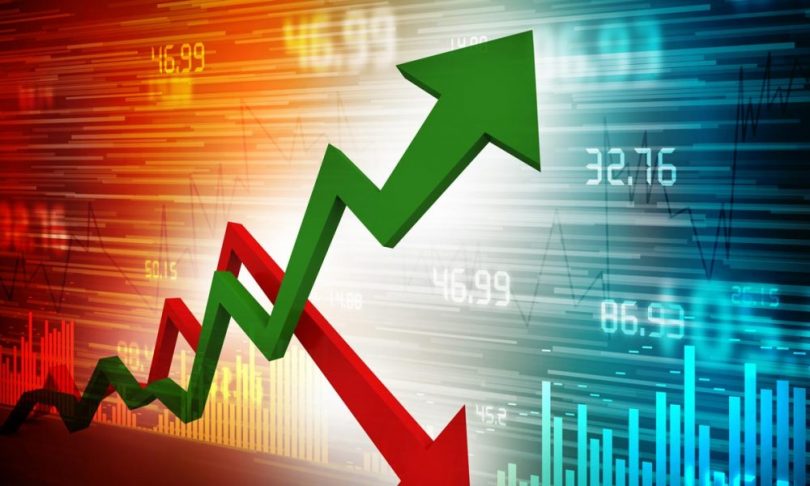 It said this in the “Consumer Price Index (CPI) Dec. 2020” report released on Friday in Abuja.

It added that increases were recorded in all Classification of Individual Consumption by Purpose (COICOP) divisions that yielded the Headline Index.

According to the NBS, on a month-on-month basis, the headline index increased by 1.61 per cent in December which was 0.01 per cent rate higher than the rate recorded in November at 1.60 per cent.

It added that the corresponding 12-month year-on-year average percentage change for the urban index was 13.86 per cent in December.

For the composite food index, the NBS said that it rose by 19.56 per cent in December compared to 18.30 per cent in November.

The rise was caused by increases in prices of bread and cereals, potatoes, yam and other tubers, meat, fruits, vegetable, fish,  oils and fats.

It added that on month-on-month basis, the food sub-index increased by 2.05 per cent, up by 0.01 per cent from 2.04 per cent recorded in November.

“The ”All items less farm produce” or Core inflation, which excludes the prices of volatile agricultural produce stood at 11.37 per cent in December, up by 0.32 per cent when compared with 11.05 per cent recorded in November.

“On a month-on-month basis, the core sub-index increased by 1.10 per cent in December. This was up by 0.39 per cent when compared with 0.71 per cent recorded in November,” the report said.

For state profiles, the NBS said that for the month under review, all items inflation on year on year basis was highest in Bauchi at 19.85 per cent, Edo at 18.15 per cent and Kogi at 18.40 per cent.

Lagos has 14.05 per cent, Kwara at 13.91 per cent and Abia at 13.3 per cent recorded the slowest rise in headline Year on Year inflation.

On month on month basis, however, December all items inflation was highest in Nasarawa at 2.3 per cent, Gombe at 2.2 per cent and Akwa Ibom at 2.16 per cent.

Ekiti which stood at 0.87 per cent, Rivers at 0.67 per cent and Ebonyi at 0.61 per cent recorded the slowest rise in headline month-on-month inflation.

CPI measures the average change over time in prices of goods and services consumed by people for day-to-day living.

In the meantime, President Muhammadu Buhari, nine other African Heads of State and Dr Akinwumi Adesina, President, African Development Bank (AfDB) have received awards for their contributions to the kick-off of the African Continental Free Trade Agreement (AfCFTA).

The award ceremony was organised virtually by the African Union (AU) with the private sector in the AU headquarters at Addis Ababa, Ethiopia on Friday.

Awards were also given to heads of institutions for their roles in the enforcement of the AfCFTA.

The presidents given the awards were Muhammadu Buhari of Nigeria, Akufo-Addo of Ghana; Felix Tshekedi of Congo; Ahmed Fattah Al-Sisi of Egypt and Mahamadou Issoufou of Niger.

Others were, Presidents Alpha Conde of Guinea; Cyril Ramaphosa of South Africa and Chairperson of the AU; and Paul Kagame of Rwanda.

The President,  Africa Business Council (AfBC), Ms Amany Asfour, was also presented with an award for her role in that respect.

Some heads of African institutions and other prominent individuals were also awarded for their exceptional contributions to the AfCFTA process.

The awards were received by the various countries’ ambassadors and representatives of institutions present.

The organisers also promised to send the others through courier services to the recipients.

One of the award recipients, Ms Amany Asfour said the ceremony showed the commitment of the private sector towards the implementation of the AU Agenda 2063.

“We need an architecture where the organised private sector would cater for the implementation of the AfCFTA and it is such a pleasure now it has been constituted by the efforts of the AU Commission,” she said.

As four also urged the players in the private sector to ensure the implementation of the policies regarding the agreement.

“We need the legislation that will make it happen with the AfCFTA, the policies can be on paper but the implementation is our role as the private sector.

“It is a must to empower our Small and Medium Enterprises, youths and women. We are the richest continent in the world but we need to manage our own resources,” she said.

In her remarks, Mrs Saratu Aliyu, President, Federation of West Africa Chambers of Commerce, Industries, Mines and Agriculture (FEWACCI) appreciated governments, private sector players and contributors to the success of the AfCFTA implementation.

Aliyu expressed optimism that the agreement would promote e-commerce and e-business infrastructure and develop a roadmap for the development of a digital economy to support the growth in member states.

She further reiterated the support of FEWACCI to achieving economic development and growth in Africa.