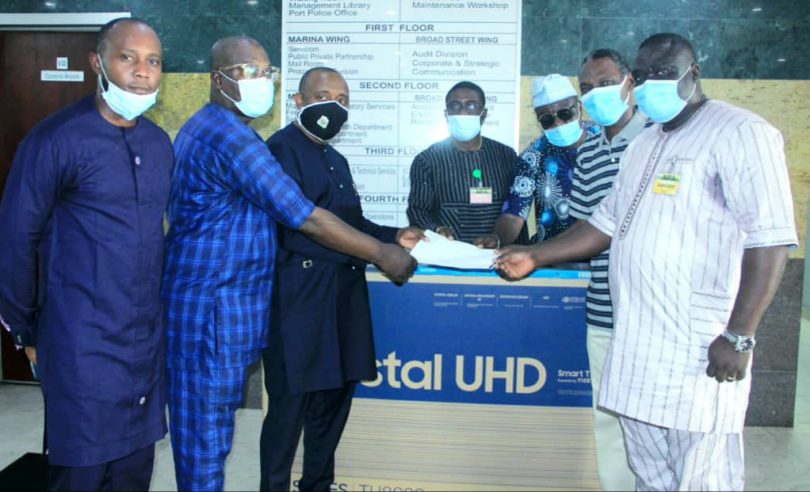 Adebiyi during an inspection tour of the ongoing Lagos-Ibadan Expressway rehabilitation and reconstruction project said that the federal government was reconvening another tripartite meeting.

He said that those being invited to the meeting included the Lagos, Ogun and Oyo state governments, as well as truck drivers and owners, traffic regulatory agencies, among others. 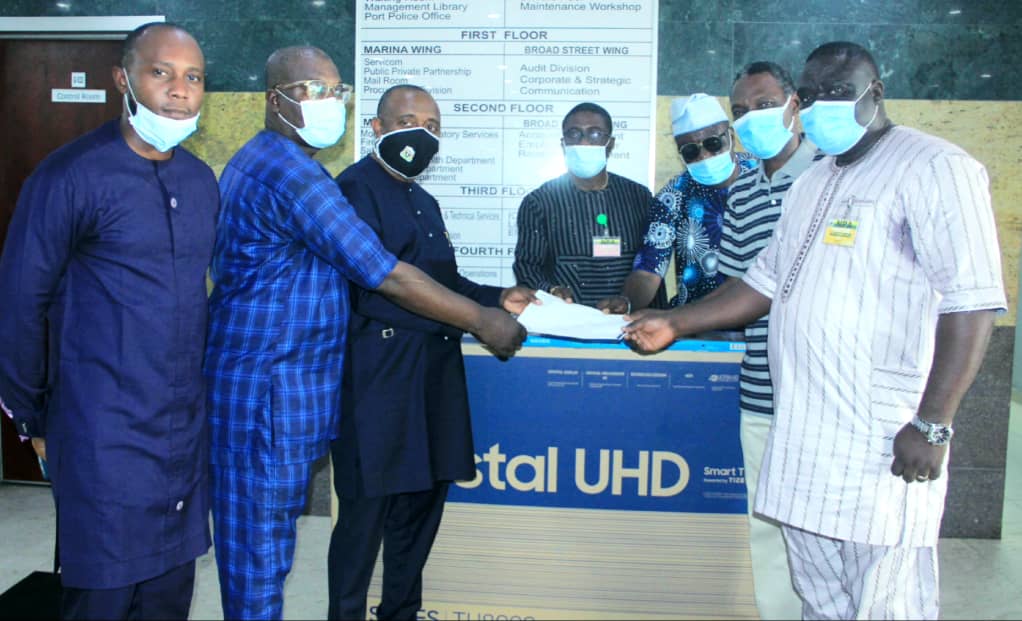 The representative of the Managing Director and the Executive Director, Marine and operations NPA, Hon. Onari Brown, (3 rd from left) Surrounded by the Executives of the Barge Operators of Nigeria during the occasion.

He said that drastic steps must be taken to tackle the problem in each state in conjunction with their governments.

He lamented the constant presence of articulated trucks parking indiscriminately on the Oghere section of the ongoing Lagos-Ibadan Expressway project damaging new construction work on the highway.

“You see trailers in their hundreds park on the road shoulders we are just repairing.

“Some of them are not parked empty they are carrying as much as 900 bags of cement and they are abandoned there on the road shoulder,” he said.

He explained that apart from the dead weight of the parked trucks which causes quick road degeneration, the vehicles are usually repaired on the road, thereby spilling petroleum products on the highway.

He said that such petroleum products caused materials used to construct the highway to disintegrate fast thereby damaging the highway to reduce its lifespan.

He said that four previous stakeholders’ meetings held with truck drivers and owners, as well as other stakeholders did not achieve the desired results hence the need for another meeting.

“And we are making efforts also to construct parks where they can park, about 4,000 capacity truck park.

“It will be constructed still along this Oghere end but we are begging them to stop parking on the road.

The director appealed to truck drivers to stop the road abuse, adding that, overloading endangered both the safety of highways and that of road users.

Earlier, while inspecting section one of the highway which stretches from Ojota in Lagos to Sagamu Interchange, Adebiyi said the federal government was constructing additional two major interchanges.

He added that two flyovers were being constructed on section one, in addition to 14 existing ones on other stretches in Ogun and Oyo, to curb gridlock and improve safety of new communities along the axis.

He added that rickety vehicles and reckless driving were the usual cause of gridlock on the Lagos axis of the highway.

He appealed to owners of such rickety vehicles to stay off highways to avert breakdowns that usually caused gridlock and resultant hardship to road users.

He also appealed for lane discipline as well as adherence to traffic rules to end gridlock on the Lagos end.

It was reported that the reconstruction/rehabilitation of the Lagos-Ibadan Expressway was flagged off in 2013 and was awarded to two firms.