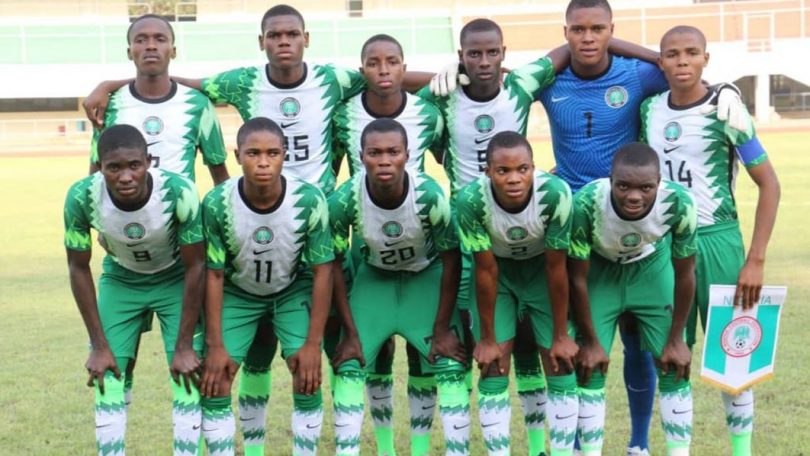 Nigeria’s national under-17 male football team on Friday defeated their Burkina Faso counterparts 1-0 to qualify for the final of the WAFU U-17 tournament in Lome, Togo.

With this win, the Golden Eaglets have also picked one of the tickets for the 2021 CAF U-17 AFCON scheduled for Morocco later in the year.

In the closely-contested first semi-final game of the regional tournament, the Golden Eaglets scored through Michael Emmanuel in the 77th minute after several missed chances in the first half.

There is a report that the Eaglets had started the competition poorly, losing their first match 0-1 to Cote d’Ivoire, then drawing 1-1 with Ghana.

Nigeria eventually squeezed into the semi-finals, thanks to Cote d’Ivoire who beat Ghana 3-1 in the last group game, for Nigeria to qualify with just one point and a better goal difference.

The Golden Eaglets who are five-time world champions in this cadre will now face the winners between Cote d’Ivoire and Niger Republic in the final.