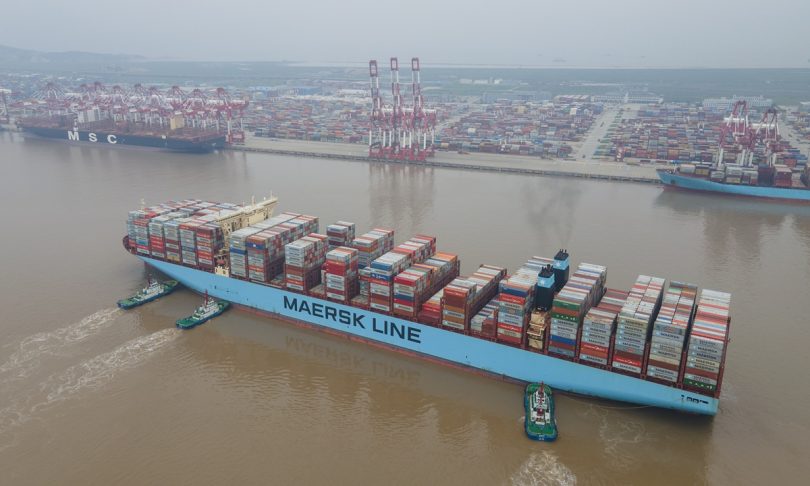 …Opines Nigerian waters may be as deadly as Somalia’s!***

Foreign shipping giant, the Maersk Line has called on world leaders for the launching of an “effective military capacity” in the Gulf of Guinea to safeguard the security of vessels and crew members alike.

The organisation made a request that would bring the waters of the Gulf of Guinea at par with Somalia waters, in an email by Aslak Ross, head of HSE and Marine Standards to Shipping Watch, saying that the condition of the waters, particularly of those around Nigeria, were so severe that it’s life-threatening, for anyone to sail in.

The Fleetmon which anchored the report specifically noted that while 2020 has been a bad year for many segments of the shipping industry, the growing piracy incidents in the Gulf of Guinea which have constantly plagued the industry, have actually worsened it, ever since it got coined as an ‘industry’.

Subsequently, and as a direct result, Maersk has put forward a two-fold effort in the Gulf of Guinea for withstanding the ever-growing kidnappings, boardings, armed robberies, and assaults. The two-fold approach puts forth a short-term solution, besides a lengthy initiative to improve the situation.

“The risk has reached a level where effective military capacity needs to be deployed to secure adequate mitigation in the short term,” added Alex Ross.

Notable industry figures have warned that piracy has evolved, and now, these highly organized groups are increasingly targeting the crew of merchant ships instead of the cargo or fuel.

The FleetMon has constantly covered piracy incidents in the Gulf of Guinea, hence understands that Ross’ statement comes against the backdrop of MAERSK CARDIFF being reportedly attacked twice in the Nigerian waters just last Wednesday.

Previously, MAERSK CADIZ too experienced an attempt from pirates to hijack the ship onboard but the crew onboard averted the danger.

When it came to the Somalian coast, which previously used to be the hotbed for anything illicit in the maritime domain, international naval vessels could easily patrol those waters since it was located close to the Suez Canal. At the same time, West African pirates have been able to operate with relative impunity.

Already, the Danish government has taken up the initiatives to create popular support from other European Union member nations for launching a joint naval mission in the Gulf of Guinea, something that the international community had done for the Somalian coast.