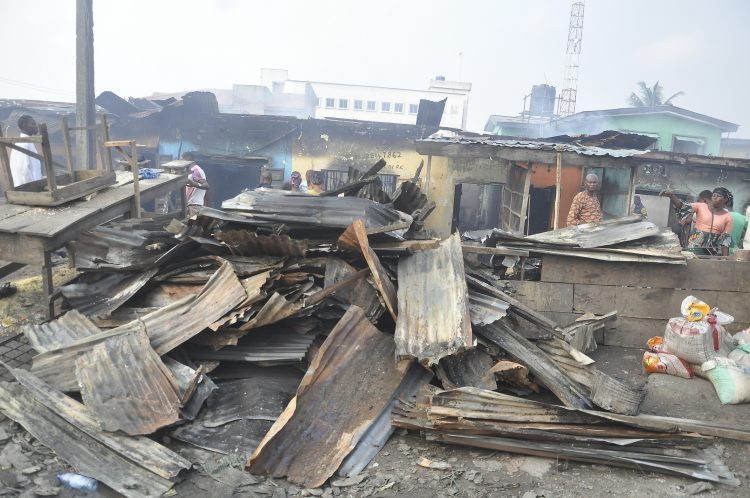 A bungalow building situated at Market Street off Ijesha in Surulere gutted by fire, destroy nine apartments and 12 shops on Saturday evening.

The Director-General, Lagos State Emergency Management Agency (LASEMA), Dr Olufemi Oke-Osanyintolu, made the disclosure during his agency’s post-disaster assessment on Sunday in Lagos No life was, however, lost in the blaze owing to the quick appearance of LASEMA’s first responders.

Oke-Osanyintolu said that the investigation revealed that the cause of the fire was a faulty cooking gas valve that exploded. “The bungalow property comprised of nine rooms including 12 shops suffered extensive damage.

“The agency worked alongside the Lagos State Fire Service to extinguish the fire and the operation was concluded in just under 2 hours on Saturday.

“The entire building has been destroyed and will require integrity testing by the Lagos State Building Control Agency LABSCA while the building have been cordoned off accordingly, Oke-Osanyintolu said.

He attributed carelessness by one of the tenants who was cooking with linking cylinder which affected other people’s properties in the building.

LASEMA boss, urged residents to keep off the scene while he also advised members of the public to ensure that their gas cylinders are in good condition to avoid fire outbreak.