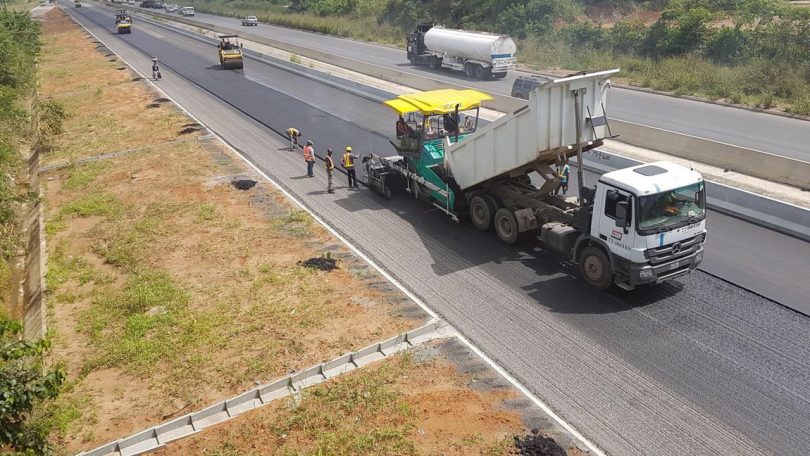 Mr Funsho Adebiyi , Nigeria’s Coordinating Director, Highway Construction and Rehabilitation has said that the Lagos-Ibadan Expressway will be completed and totally opened to traffic in December. Several Nigerians are however disappointed that the rehabilitation could not be completed after more than 10 years.

Adebiyi, who spoke against the backdrop of an inspection tour of the ongoing Lagos-Ibadan Expressway rehabilitation and reconstruction project, said the dual carriageway would be completed, but the bridges would be completed in April 2022.

He reaffirmed the completion figures earlier presented by Mr Adedamola Kuti, the Director, Federal Highways, South West who said that by December the entire carriageway would be completed.

Kuti said that the project had reached 49.6 percent completion on the first section being handled by Julius Berger and 56.8 percent on the section handled by RCC.

He said that 32 out of 43.6 kilometres of work had been completed and section two which is 84 kilometers has more than 50 kilometres completed on both carriageways.

“This corridor of the Lagos-Ibadan Expressway apart from all the flyovers by the time we are coming to December this year, I think there will be substantial progress .

He assured speedy completion of all ongoing works in Lagos and the rest of the South West.

Shedding more light, Adebiyi said that the entire dual carriageway would be completed and opened to traffic while work continues on the bridges.

“Our plan is that by the end of this year, the entire stretch of the road will be available, the pavement, carriageway will be completed but you have the interchanges before the end of April next year,” he said.

He said discussions were on with the Oyo State Government on Right of Way recovery for reconstruction works to continue around the toll gate area.

While inspecting section two of the highway being constructed by RCC, he said that a thickness of 300mm materials were compressed on various layer to make the road strong and durable.

He said 55km of work was completed on the Ibadan bound lane and 44 km on the Lagos bound carriageway.

He said measures were on to ensure that the number of houses to be demolished on the alignment on of the section one, adding that, enumeration of properties on the Right of Way were on to pay compensations.

“Compensation issues are sensitive matters, I am extremely careful in talking about it, but no structure can be demolished except we have evaluated correctly the contents of that structure.

”Again, we confirm the ownership, and we have estate surveyors who have been appointed to go round these houses, evaluate them and report back to us,” he said.

Adebiyi who was accompanied on the trip by the controllers of Lagos, Oyo and Ogun states on the trip listed various alternative fundings to fast track the highway linking the nation’s port.

The reconstruction/rehabilitation of the Lagos-Ibadan Expressway was flagged-off in 2013 and was awarded to two firms.