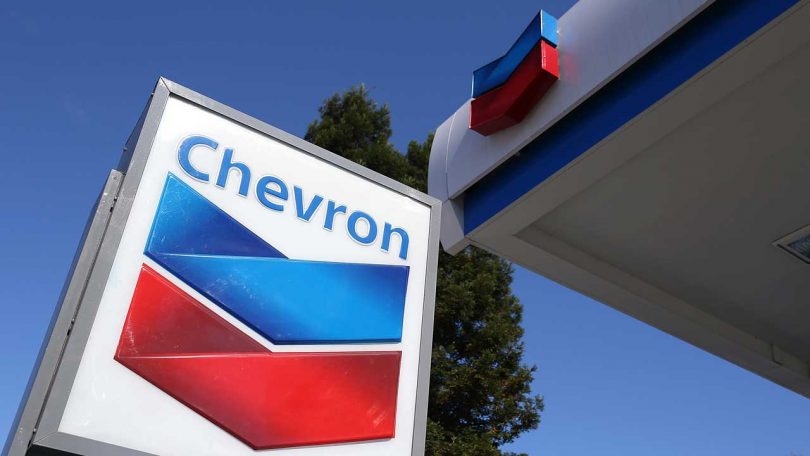 Chevron Nigeria Limited (CNL) has held divergent views with members of its host communities in Bayelsa on leakages reported at Funiwa Oil Fields operated by the oil firm off Bayelsa Coast.

The CNL’s host communities include Koluama 1 and 2, Ekeni, Ezetu 1and 2, Fishtown, Foropa and Sangan in Southern Ijaw and Brass Local Government Areas.

The fishermen operating near the Atlantic Ocean coastline had on Sunday reported an oil leak suspected to be from the Funiwa Fields.

Reacting to the development, Esimaje Brikinn, General-Manager, Policy, Government and Public Affairs, Chevron told NAN that there was no oil leakage from its operations in Bayelsa.

“CNL, operator of the joint venture between the Nigerian National Petroleum Corporation (NNPC), (the NNPC/CNL JV), is aware of media reports suggesting an oil leakage from Funiwa field in Bayelsa.

“We wish to state that contrary to these reports, there has been no such oil leakage or spill incident at any of our facilities in Bayelsa State.

“Therefore, any observed crude oil in the environment is not from our operations. CNL remains committed to protecting people and the environment and conducting its operations reliably and efficiently,” he said.

However, Chief Young Fabby, a Community leader in Koluama 1, disclosed in a telephone conversation that the denial by Chevron was merely a ploy to evade liability for the leakage and associated pollution.

He said that Chevron had deployed several helicopters to apply chemical dispersants to dissolve and breakdown the oil deposits on the water surface without the knowledge of stakeholders in a bid to cover up the spill.

“We are precise on the location of the oil discharge; it is at Well No 5, within the Funiwa field location. We have video clips of the leakage and wondered why Chevron is denying this incident.

“They have been using chemicals without first informing the regulators and the community, as we speak, I am at the coastline and we have a heap of nets stained with oil and the crude oil has hit the coast,” Fabby said.

Another community leader from the area, Mr Mathew Sele-Epri, said that there was ample evidence of the oil spill, adding that he personally went to the site to verify the claim.

He said that all the operators near the area had denied liability and that the community leadership would ask for the assistance of the Bayelsa Ministry of Environment to determine the source.

“All the companies near the spot, Chevron and Conoil have denied ownership of the oil and we now wonder who has the oil, we are going to engage the state ministry of environment to help us track the source.

“They will bring the regulators to take samples and match the ones we have taken and conduct a fingerprint test to find out which of the operators is responsible,” Sele-Epri said.

When contacted, Mr Idris Musa, Director General, National Oil Spills Detection and Response Agency (NOSDRA), said that the agency would dispatch its officials to the Funiwa field to ascertain the source and cause of the leak.

First Exploration and Production, an indigenous oil firm operating Oil Mining Leases 83 and 85 acquired from Chevron following its divestment from some of its assets in the area where it still retains interests in some fields.

Officials of Conoil and First Exploration and Production have yet to respond to requests for comments on the incident.