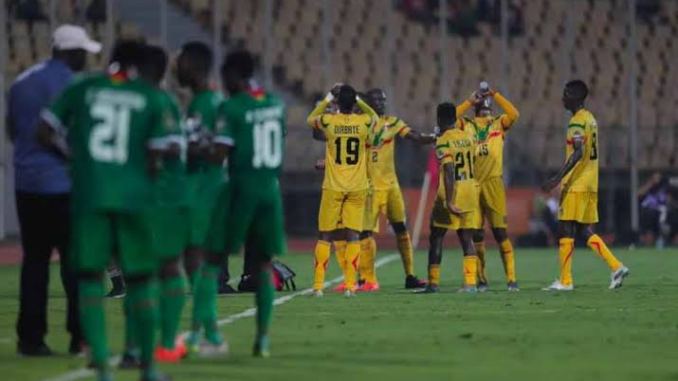 The Baby Elephants of Cote d’Ivoire on Monday defeated Nigeria’s national under-17 male football team 3-2 to win the WAFU “B” U-17 Tournament in Lome, Togo.

The Golden Eaglets were unable to defend the title they won two years ago after going down to the Ivorians for the second time in the regional tournament.

Nigeria who are five-times world champions fought from 0-3 down to score twice, but it was a little too late for a comeback on the night.

The impressive Ivorians finished the tournament unbeaten by winning all their four matches, while Nigeria on the other hand won just one in four matches.

The Eaglets had started the competition poorly, losing their first match 0-1 to the same Ivorians, and then drew 1-1 with Ghana.

Nigeria squeezed through to the semi-finals on account of goals difference, before pipping Burkina Faso 1-0 to qualify for the final.

Both finalists, Nigeria and Cote d’Ivoire, have also qualified for the 2021 CAF U-17 AFCON slated for Morocco later in the year.

In another development, Pierre-Emerick Aubameyang struck twice as Arsenal defeated Newcastle United 3-0 in the English Premier League (EPL) match played at the Emirates Stadium on Monday.

The victory for Arsenal condemned Steve Bruce’s side to a ninth game without a win in all competitions.

Aubameyang fired the Gunners ahead in the 50th minute, finishing off a counter-attack, running at the Newcastle defence and then blasting home a powerful left-foot drive at the near post.

Ten minutes later Bukayo Saka made it 2-0 with a confident slot home after good work down the left flank from youngster Emile Smith Rowe.

Aubameyang completed the comfortable victory after Cedric Soares got to the byline and pulled the ball back into his path.

VAR examined whether the ball had crossed the line before Cedric’s pass but allowed the goal to stand.

Arsenal have now kept a clean sheet in five straight games in all competitions.